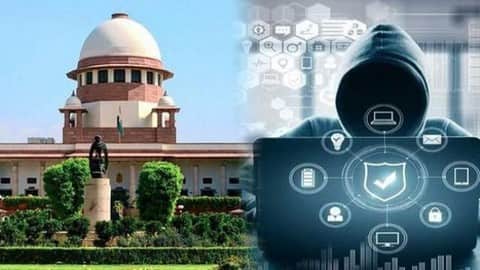 The Supreme Court on Wednesday issued an order for an independent investigation into the Pegasus espionage case. Under this, the top court has constituted a three-member expert committee. It will be headed by former Supreme Court judge RV Raveendran. Apart from this, other members of this committee will be Alok Joshi and Sandeep Oberoi. The Supreme Court has given the committee eight weeks to thoroughly investigate the allegations and submit its report before the court.

The Supreme Court said that there is no specific rebuttal by the Center in this issue, thus we have no option but to prima facie accept the pleas of the petitioner and we appoint an expert committee whose work will be looked into by the Supreme Court.

Earlier, on September 13, a hearing was held in the Supreme Court regarding the Pegasus espionage case. During the hearing, the central government had made it clear that it was not going to file an affidavit in this matter. The government had said that it is not a matter of public discussion, so cannot file an affidavit. But she has agreed to set up a panel to probe the allegations of espionage.