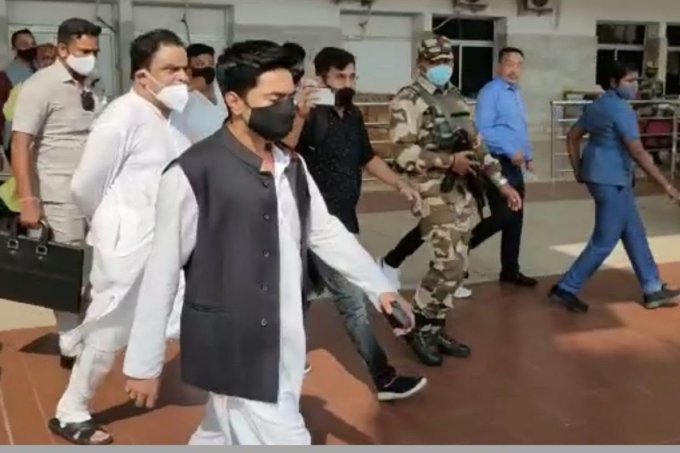 Tripura Police have denied TMC’s Abhishek Banerjee permission to organise a rally in the state capital of Agartala due to the current law and order situation in the city. TMC national general secretary Abhishek Banerjee, on the other hand, is still in Agartala on Monday.

The police has said that neither the BJP nor the TMC will be allowed to hold rallies or roadshows in Agartala on Monday in view of the ‘escalating tension’ in the city.

The state of Tripura has been witnessing numerous violent incidents in the run-up to the elections to the Agartala Municipal Corporation (AMC) and 12 other municipal bodies slated for November 25.

Ahead of the municipal corporation elections in Tripura, the TMC have now approached the Supreme Court against the law-and-order situation in the state. The TMC leadership on Monday informed the apex court that the law-and-order situation in the state is worsening by the day. The apex court will hear the contempt petition filed on Tuesday. Earlier, the Court had directed the Tripura government to provide security to campaigners in the state after the TMC filed a plea alleging attacks against the party’s members in the state.