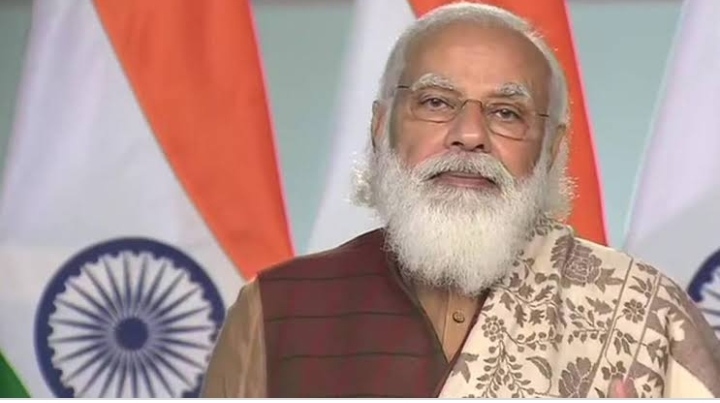 The 16th Pravasi Bharatiya Divas Conference organized amidst the Covid-19 epidemic was inaugurated by PM Modi via digital medium. During this, PM Modi said that even though the new generation may have gone away from their roots, their association with India remains intact.

PM Modi said, “Today we have been connected to the internet from every corner of the world. But our minds are always connected with Mother Indian, connected with each other. ”

On Made in India ‘Covid-19 vaccine, Modi also said that the world is not only waiting for India’s vaccines, but also looking at how it implements the world’s largest vaccination program.

Expressing condolences to the families of those who died of Corona virus, the PM said- “Last year was a challenging year. The work done by Indian diaspora around the world and the way they carried out their duties was in the country. It is a matter of pride. Many Indians living abroad have also lost their lives to Covid. I express condolences to their families. “

The Prime Minister said that when India stood in front of terrorism, the world also got new courage to fight this challenge. Today India is using technology to end corruption. Lakhs and crores of funds are being deposited directly into the beneficiary’s account. He said that the ongoing campaign in India to empower the poor of the country is being discussed worldwide. We have shown that in the field of renewable energy, a developing country can also take the lead.

“More than 4.5 million Indians stranded abroad due to corona virus lockdown were brought back under the Vande Bharat Mission,” Modi said. Every effort has been made to ensure timely and timely support to Indian communities abroad. ”He said that a new portal named‘ Rishta ’has been started for better connectivity with the Indian community worldwide. Through this portal, it will be easy to reach out to your community in difficult times. Earlier, Suriname President Chandrika Prasad Santokhi gave the keynote address at the Sixteenth Pravasi Bharatiya Divas Conference. The main theme of the conference is ‘Contribution to Self-reliant India’.