Under BJP laws are made & unmade without cabinet approval, says Chidambaram 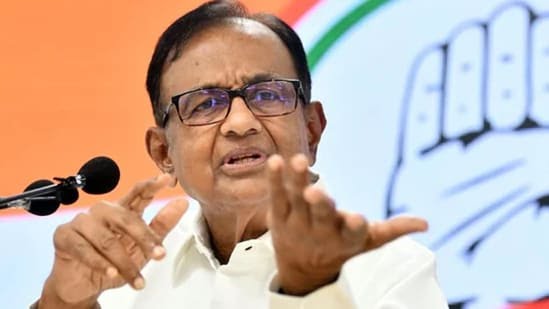 Senior Congress leader P Chidambaram on Saturday said Prime Minister Narendra Modi made the announcement to repeal the farm laws without holding a Cabinet meeting, and alleged that it is only under the BJP that laws are made and unmade without prior Cabinet approval.

Chidambaram was referring to PM Modi’s announcement on Friday, wherein he declared that the Centre will repeal all the three farm laws with the due procedure in Parliament.

In a tweet on Saturday, P Chidambaram targeted PM Modi, saying that he made the big announcement without discussing it in a cabinet meeting.

“Did you notice that the PM [Modi] made the announcement without holding a Cabinet meeting? It is only under the BJP that laws are made and unmade without prior Cabinet approval,” P Chidambaram said.

“Home Minister hailed the PM’s announcement as showing ‘remarkable statesmanship’. BJP President said that PM has ‘immense care for farmers’. Defence Minister said that PM had taken the decision considering the ‘welfare of the farmers’. Where were these worthy leaders and their wise advice in the last 15 months?”
Chidambaram said on Twitter.

Hundreds of farmers had been protesting and were encamped at Delhi’s borders since last November with a demand for repeal of the Farmers’ Produce Trade and Commerce (Promotion and Facilitation) Act, 2020, Farmers’ (Empowerment and Protection) Agreement on Price Assurance and Farm Services Act, 2020 and the Essential Commodities (Amendment) Act, 2020, and forging of a new law that guarantees MSP for crops.

The Centre, which has held 11 rounds of formal dialogue with the farmers, had maintained that the new laws are pro-farmer, while protesters claimed the legislations would leave them at the mercy of corporates.