UP Election 2022: Dharmendra Pradhan has been made election in-charge 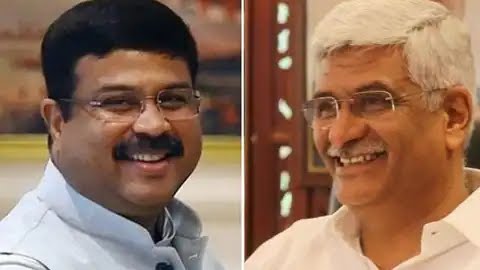 BJP has started preparations for the upcoming assembly elections. In view of this, on Wednesday, the Bharatiya Janata Party has released the list of election in-charges of five states. Dharmendra Pradhan has been made election in-charge for the assembly elections to be held in Uttar Pradesh in 2022. While Anurag Thakur, Saroj Pandey, Arjun Ram Meghwal have been made co-in-charge. Apart from this, Gajendra Singh Shekhawat has been appointed as the election in-charge of Punjab, Prahlad Joshi to Uttarakhand, Bhupendra Yadav to Manipur, Devendra Fadnavis to Goa.

http://Taliban Education Ministers Says No Use Of Educational Degree, Without Having Any Degree We Are Ruling

The most interesting election in the assembly elections to be held next year is going to be in Uttar Pradesh itself. This is the reason why the Bharatiya Janata Party has kept a special focus in Uttar Pradesh and has put down an army of co-in-charges along with the in-charge. The party has appointed Dharmendra Pradhan as in-charge here and made Union ministers Anurag Thakur, Saroj Pandey and Arjun Ram Meghwal, Shobha Karandlaje, Vivek Thakur, Captain Abhimanyu and Annapurna Devi as co-incharges.

According to the statement of the BJP, if we talk about Uttarakhand, then the command of the election of this state has been given to Union Parliamentary Affairs Minister Prahlad Joshi. BJP MP Locket Chatterjee and Sardar RP Singh have been made co-incharge for the upcoming assembly elections 2022 in Uttarakhand along with Prahlad Joshi.

Apart from this, Gajendra Singh Shekhawat has been made in-charge of Punjab. Hardeep Puri, Meenakshi Lekhi, Vinod Chavda have been appointed as co-incharges for Punjab elections along with Union Minister Gajendra Singh Shekhawat. Whereas BJP leader Devendra Fadnavis has been given the responsibility for Goa elections, while the command of Manipur has been given to Union Minister Bhupendra Yadav.