UP Legislative Council: 10 BJP, 2 SP candidates to get elected unopposed 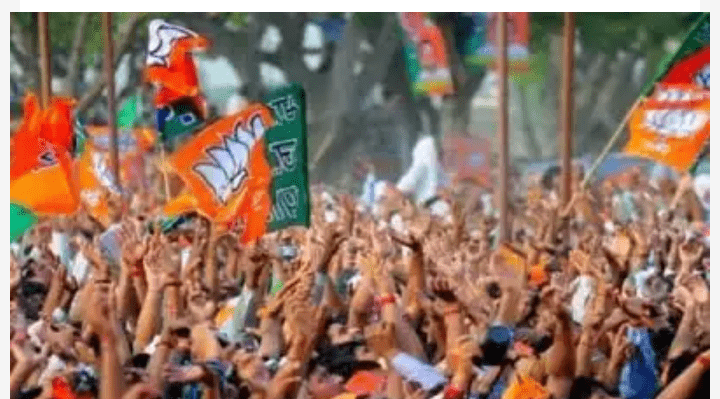 With the rejection of the nomination papers of an Independent nominee on Tuesday, 12 candidates are poised to get elected to the Uttar Pradesh Legislative Council unopposed.

The nomination papers of independent Mahesh Chandra Sharma, who filed his papers on Monday, was rejected during scrutiny of papers, Returning Officer B.B Dubey said.

Sharma’s paper was rejected as it did not have proposers and also the receipt of payment of fees, Dubey said.

Ten candidates of the BJP and two of the Samajwadi Party are now poised to get elected to the upper house unopposed.

A formal announcement in this regard would be made on Thursday afternoon if there is no withdrawal of nomination, Dubey said.

As per the schedule for the election, names can be withdrawn till January 21.

The polling was scheduled to take place on January 28 and the counting soon after the completion of the polls.

On the last date of filing of nomination papers on Monday, BJP candidates including Deputy Chief Minister Dinesh Sharma and former IAS A.K Sharma had filed their papers in the presence of Chief Minister Yogi Adityanath and senior ministers.

Last week, Samajwadi Party candidates Ahmed Hasan and Rajendra Chaudhary had filed their papers in the presence of party president Akhilesh Yadav. Of the 12 MLCs whose tenure is expiring, six are from the Samajwadi Party.