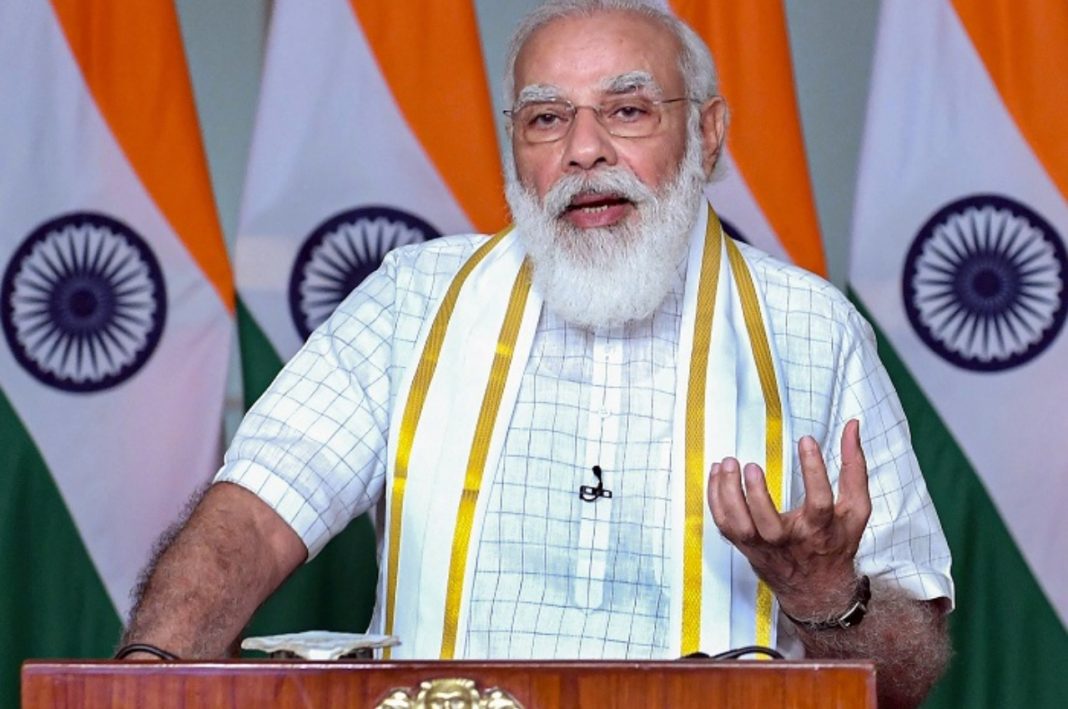 On the occasion of Prime Minister Narendra Modi’s birthday, a new record of vaccination has been set under the mega vaccination program of Corona, run by the Bharatiya Janata Party. Today that is on September 17, till 1.30 pm, the number of vaccinations across the country has crossed 1 crore. At the same time, by 2.30 pm, this figure has crossed 1.25 crores. By 3.30 pm, this figure has crossed 1.60 crores. The BJP had already announced to celebrate this day as ‘Seva Diwas’ on the occasion of PM Modi’s birthday. It was said on behalf of the party that on this day a special program of mega vaccination would be run across the country.

The BJP has been celebrating PM Modi’s birthday as ‘Seva Diwas’ since 2014. However, this time the party has prepared a plan to conduct a record vaccination on this day, which seems to be successful. According to the Cowin app, till 1.30 pm, 1,00,71,776 people have been vaccinated, which is the largest number of vaccines administered in a day.

From 2014 till now, every year the party used to observe a week as Seva Diwas, but this time the time has been increased to 20 days. However, this time in view of Modi’s 20 years of public life, the party has extended the outreach program to 20 days.

The Bharatiya Janata Party (BJP) will run a 20-day ‘service and dedication’ campaign from Friday to October 7 on the 71st birthday of Prime Minister Narendra Modi. Along with this, the party will also celebrate the completion of two decades in the public office of the Prime Minister during this period. Modi was the Chief Minister of Gujarat for 13 years and Prime Minister for the last 7 years.

14 crore bags of ration material will be distributed –

BJP President JP Nadda has issued guidelines to the party workers to organize health and blood donation camps and distribute ration among the poor under this campaign. In this regard, 14 crore bags of ration material bearing the picture of the Prime Minister are to be distributed.

Under this campaign, BJP workers will run a cleanliness campaign across the country on October 2 and create a sense of awareness among people about Khadi and local products. October 2 is the birth anniversary of President Mahatma Gandhi. As part of the ‘Seva Aur Samarpan’ campaign, BJP booth level workers across the country will send two crore postcards to the Prime Minister, assuring him that he will dedicate himself to the cause of social service.