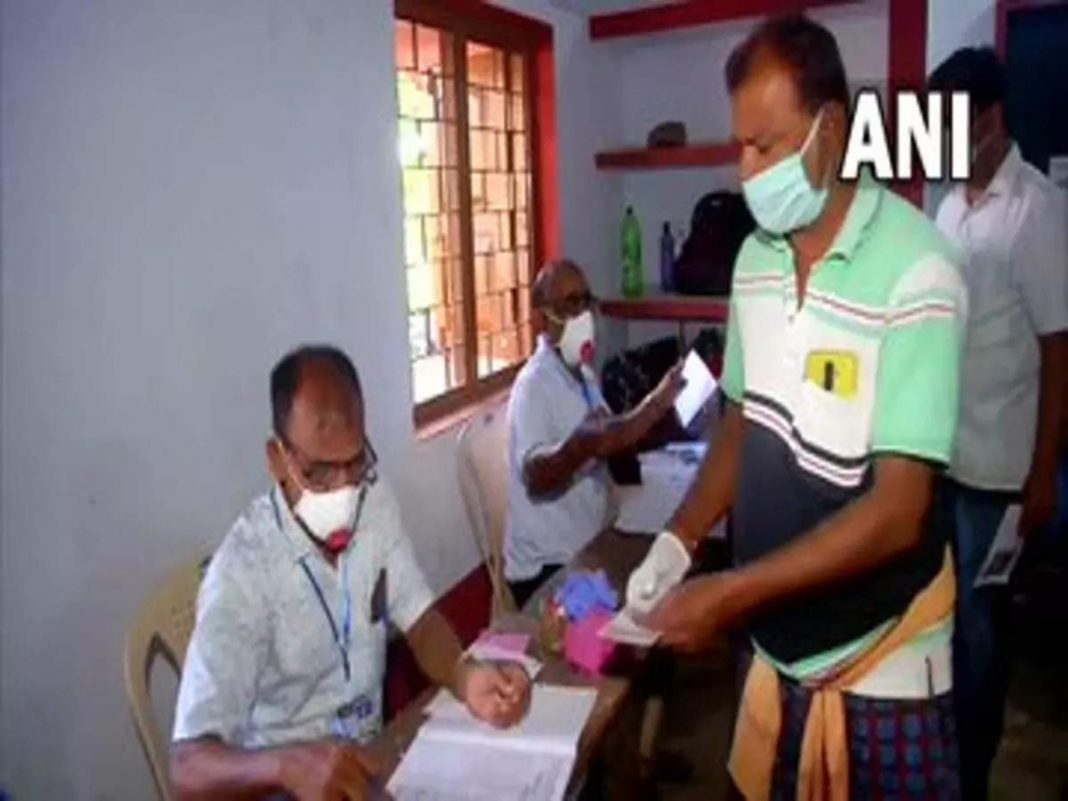 The voting for the assembly by-election in Bhabanipur, West Bengal, started at 7 a.m. Long lines were seen early morning outside many booths across the constituency since early in the morning. The voting will continue till 6:30 p.m.

Bypolls are being conducted on Thursday in three assembly constituencies in West Bengal – Bhabanipur, Samserganj, and Jangipur.

The bypoll is seen as a litmus test for Chief Minister Mamata Banerjee, who is seeking to retain her turf after losing to BJP’s Suvendu Adhikari from Nandipur assembly constituency. Banerjee faces a two-way competition from BJP’s Priyanka Tibrewal, and CPI(M)’s Srijib Biswas.

Polling percentage at 11am in three West Bengal constituencies – 40.23% in Samserganj, 36.11% in Jangipur and 21.73% Bhabanipur. Experts said that low polling percentage is generally witnessed during bypolls.

The day began with much drama after Priyanka Tibrewal alleged that TMC MLA Madan Mitra had deliberately shut down a voting machine at one of the booths in Bhabanipur. Tibrewal also alleged that state minister Firhad Hakim was trying to influence the voters in the constituency.

“Madan Mitra has purposely shut the voting machine here as he wants to capture the booth,” Tibrewal said during her booth visits on Thursday.

The BJP candidate also said that the Bengal government was in fear. “If people come out and vote, you will get to see the results,” said Tibrewal.

State minister Firhad Hakim, however, termed the allegations as baseless. “Does having tea at a roadside stall tantamount to influencing voters? The BJP knows it will lose the by-poll and are now making lame excuses,” he said.

West Bengal chief minister Mamata Banerjee will cast her vote at a booth in the Mitra Institution School in Bhabanipur at 3.15pm.

35 companies of central forces have been deployed across the constituency. The poll panel has received around 40 complaints regarding election rigging, threats, and influencing voters in the three constituencies. Out of this, the BJP has lodged around 23 complaints.