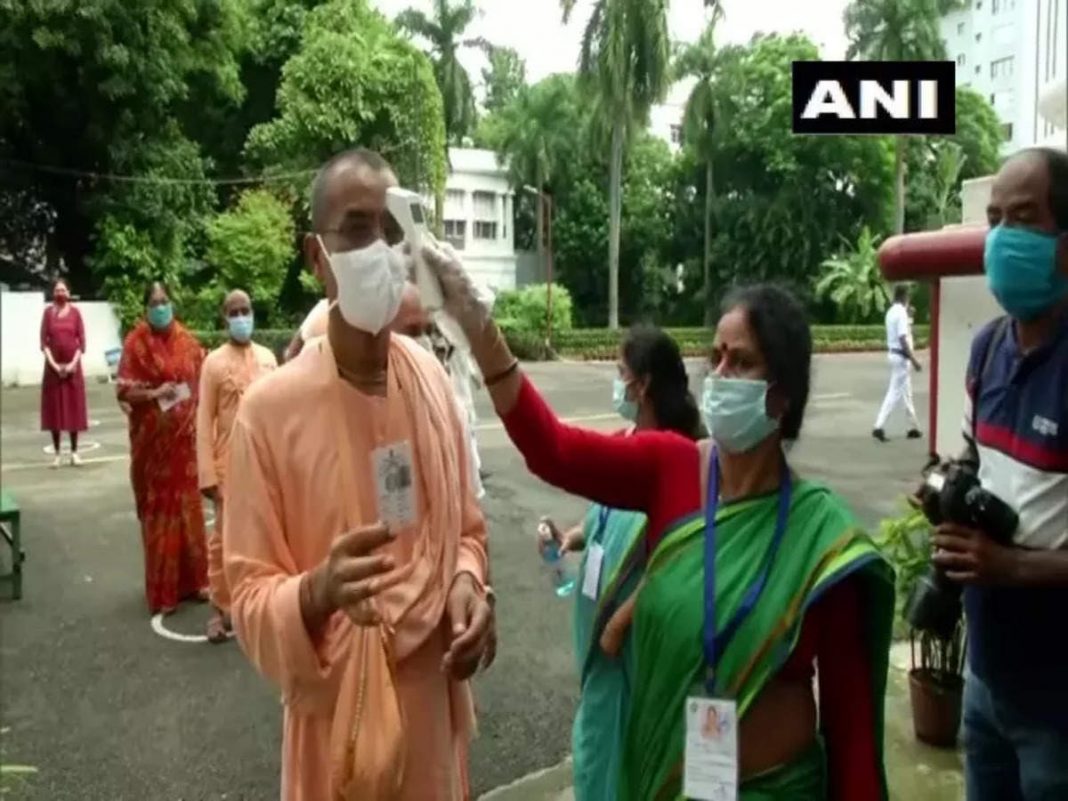 West Bengal: Only 53.32 per cent of voters in the Bhawanipur Assembly segment cast their votes till 5 pm while 78.60% in Samerganj polls and 76.12% in Jangipur polls.

Meanwhile, a clash broke out between workers of the Trinamool Congress (TMC) and Bharatiya Janata Party (BJP). The police reached the spot to take control of the situation.

Earlier, BJP candidate for Bhabanipur by-poll, Priyanka Tibrewal at polling booth of ward number 72 alleged booth capturing in the area. Speaking to ANI, she said, “Madan Mitra, a TMC MLA, has purposely shut the voting machine here as he wants to capture the booth.” “A man confessed to me that TMC paid him Rs 500 to cast vote. He was from Bansdroni. I have informed the authorities,” she added.

Polling began at 7 am on Thursday for the bypolls to the Bhabanipur seat and two other constituencies amid tight security and stringent Covid-19 measures.

To ensure watertight security and peaceful polling in Bhabanipur on Thursday, the Election Commission on Wednesday decided to bring in 20 more companies of Central Armed Police Personnel.