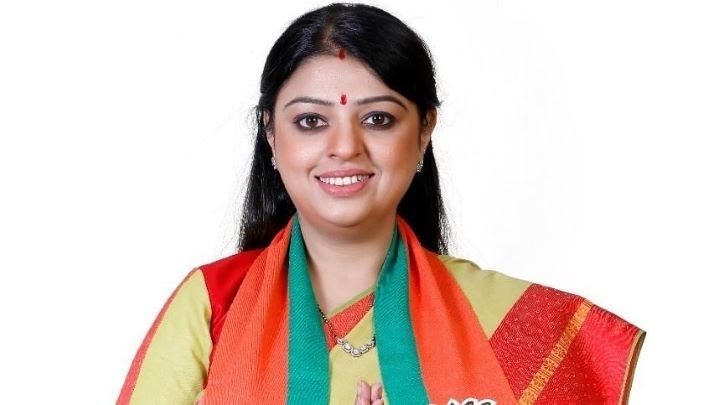 Priyanka Tibrewal of the Bharatiya Janata Party will file her nomination papers for the Bhabanipur by-election on Monday.

Tebriwal, a lawyer, is running against Mamata Banerjee, the West Bengal chief minister and the leader of the Trinamool Congress, who has already filed her nomination papers.

Tibrewal kickstarted her campaign on Sunday by painting the BJP’s symbol of lotus on a wall in Bhabanipur.

“I will file my nomination tomorrow. The people of West Bengal have the right to live. This right is being taken away from them by the Trinamool Congress led by Mamata Banerjee,” she said on Sunday. “I am fighting for the people of Bengal,” Tibrewal also said.

Leader of Opposition in West Bengal Suvendu Adhikari on Sunday said the BJP has to fight the administration, police, mafias, and money power in the elections.

Speaking to ANI, Adhikari said, “We have to fight the administration, police, mafias, and money power in the Bhabanipur Assembly by-polls.”

“Mamata Banerjee lost in Nandigram. If 60-65 per cent voting takes place, then the “daughter of Bengal” Priyanka Tibrewal will emerge victorious,” he said.

“If she has the confidence for winning the seat in the constituency then sit at home, people will vote for you (Mamata Banerjee). She knows that she may lose this constituency just like Nandigram,” said Dilip Ghosh.

The Congress, will not contest the Bhabanipur byelection.

The Bhabanipur Assembly constituency byelection will be held on September 30 and votes will be counted on October 3. Nominations will be filed from September 6 till September 13.