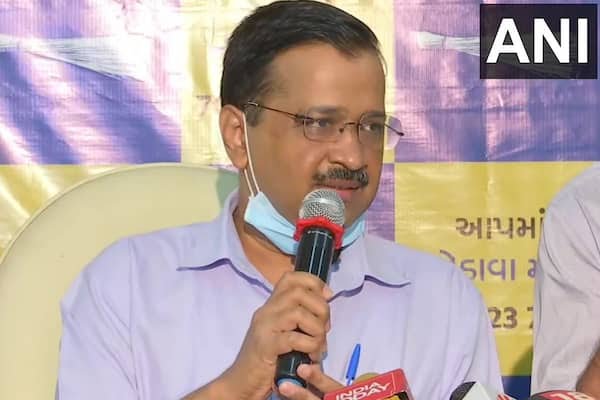 Delhi Chief Minister Arvind Kejriwal said in Ahmedabad on Monday that the Aam Aadmi Party (AAP) will field its candidates on all seats in the 2022 assembly elections in Gujarat.

Addressing a press conference ahead of the inauguration of AAP office, Kejriwal said AAP is a reliable option against the ruling BJP and opposition Congress in Gujarat. “In the 2022 Gujarat Assembly elections, AAP will contest in all the seats. AAP is a credible alternative against BJP and Congress. Change will happen in Gujarat soon.”

There are 182 seats in the Gujarat Legislative Assembly.

“Congress is in BJP’s pocket”
AAP chief Arvind Kejriwal said, ‘The condition of Gujarat today is the work of BJP and Congress governments. For the last 27 years, there is a single party government in Gujarat. But the last 27 years are the story of friendship between these two parties. Everyone knows that Congress is in BJP’s pocket in Gujarat. Even after 75 years of independence, government schools and hospitals are in a dilapidated condition. The business community is scared.

When asked whether the ‘Delhi model’ will be implemented in Gujarat if the Aam Aadmi Party comes to power? To this, Kejriwal said, ‘Every state has its own problems and solutions. The people of Gujarat will choose their own model of development. This is the second time that Kejriwal has gone to Gujarat. He had earlier gone to Surat in February, where his party, which was fielded for the first time in the local body elections, emerged as the main opposition party.