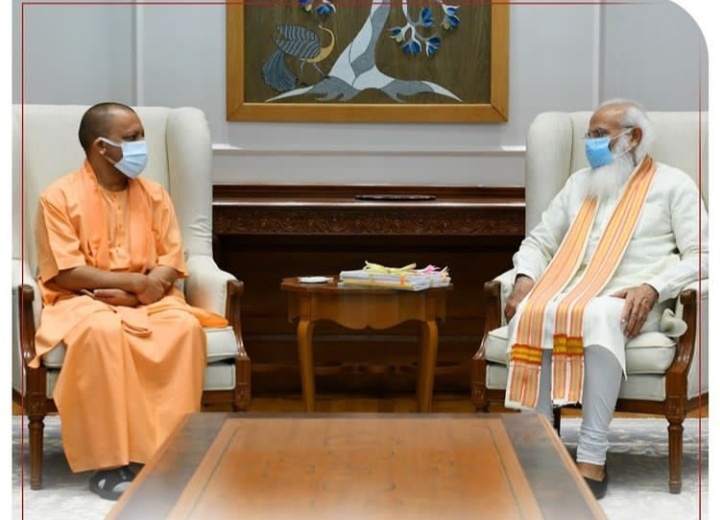 Amidst speculations of a major political reshuffle in Uttar Pradesh, CM Yogi Adityanath who is in Delhi for two-day visit has arrived to meet PM Narendra Modi. The talks between the two leaders lasted for more than an hour.

Political experts, election experts and journalists are considering this meeting very important. This is because the assembly elections are to be held in the year 2022 in UP.

Today’s meeting comes nearly a week after senior BJP leader BK Santosh led a central mission to Uttar Pradesh to take feedback and carry out a review in meetings with ministers, MLAs, MPs and the Chief Minister too.

A senior leader of the BJP’s ideological mentor Rashtriya Swayamsevak Sangh (RSS), Dattatreya Hosbole, had recommended the feedback session after reportedly sensing disenchantment in the cadre during his visit.

The inaccessibility of Yogi Adityanath to MPs and MLAs in the state and poor handling of the pandemic have led to the differences coming out in the open.

BJP had registered a massive victory in the 2017 UP Assembly elections winning over 300 seats in the 403-member Uttar Pradesh Assembly. While BJP has 309 legislators in UP Assembly, SP has 49, BSP 18, and Congress 7.

His visit comes a day after Congress leader Jitin Prasada, who enjoys considerable support in the Brahmin community, joined the BJP on June 9.