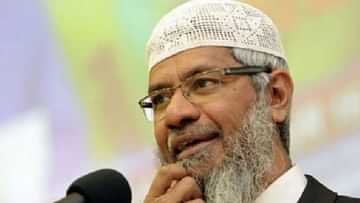 Zakir Naik Islamic Research Foundation Banned: The Indian government has banned the Islamic Research Foundation of fugitive Zakir Naik. These restrictions have been imposed under the UAPA (Unlawful Activities (Prevention) Act). Chief Justice of Delhi High Court Justice D.N. Patel’s Tribunal took up the matter for preliminary hearing today. After this, the Solicitor General of the country Tushar Mehta spoke in the court.

The Union Home Ministry has said in a notification, “Islamic Research Foundation (also known as IRF) has been indulging in such activities which are prejudicial to the security of the country and disturb the peace and communal harmony and the secularism of the country.” It can disturb the atmosphere. In exercise of the powers conferred by sub-section (1) of section 3 of the Unlawful Activities (Prevention) Act, 1967 (37 of 1967), the Central Government has declared the IRF as an unlawful organization.

The Central Government is of the view that the IRF and its members. especially the founder and chairman of the IRF, Dr. Zakir Abdul Karim Naik aka Dr. Zakir Naik, both encourages and assists his followers to spread hatred among different religious communities and groups.

These things mentioned below show that it is harmful to the integrity and security of the country.

3.Zakir Naik has given radical statements and speeches to millions of people across the world through international satellite TV networks, the Internet, print and social media.

The Central Government is also of the view that if the illegal activities of IRF are not immediately stopped and not controlled immediately, it will-