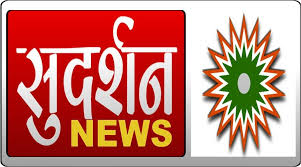 The Centre told to the Supreme Court that Sudarshan News, was in violation of the Cable Television Network Act, Live Law reported. Sudarshan News aired a program on Muslims allegedly infiltrating government services. Although the government has issued a show-cause notice to Suresh Chavhanke. Suresh Chavhanke is the managing director of the channel.

According to the Cable Television Network Act, no programme that “contains attack on religions or communities or visuals or words contemptuous of religious groups or which promote communal attitudes” can be aired.

“It says that the [Sudarshan] TV needs to give a written submission before 5 pm on September 28 regarding violation of program code and why action should not be taken against them.” Mehta said that if no reply is received from the news channel, an ex parte decision would be taken in the matter.

Notably, the court had raised the question on the show of targeting a particular community and raising questions on the muslims in Union Public Services Commission examinations.

“The anchor’s grievance is that a particular group is gaining entry into the civil services,” said Justice DY Chandrachud. “How insidious is this? Such insidious charges put a question mark on UPSC exams, cast aspersion on UPSC. Such allegations without factual basis, how can this be allowed? Can such programmes be allowed in a free society?” he added.