Support Us
More
More
HomeCURRENT AFFAIRSPromo featuring Vicky Kaushal in Into the Wild With Bear Grylls out
CURRENT AFFAIRS
November 10, 2021 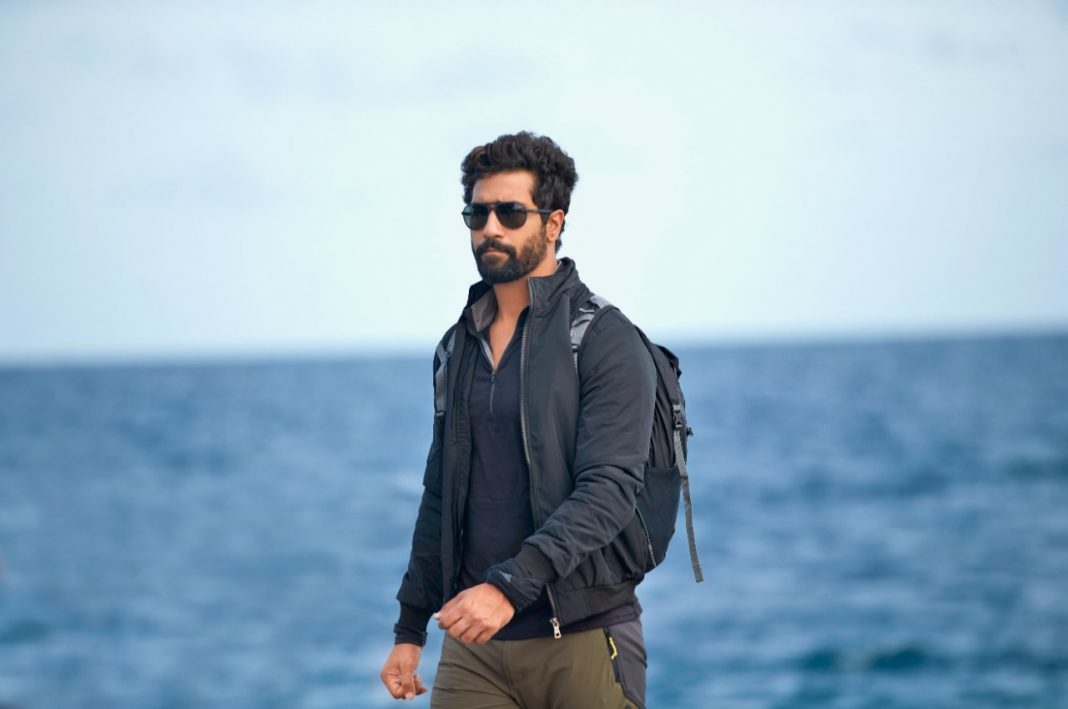 Bollywood heartthrob Vicky Kaushal is all set to star in the new episode of Into the Wild With Bear Grylls. After the overwhelming response to Bollywood actor Ajay Devgn’s episode of the show, all eyes are on Vicky now. The episode will premiere on Discovery+ on November 12. The first trailer of the episode was dropped on Wednesday wherein Vicky is seen testing his survival skills with Bear Grylls in the waters of Maldives.

Vicky Kaushal recently took to Instagram to share the first look of the upcoming episode.In the trailer, the actor is seen following Bear into a jungle, eating raw fish and crossing the woods on foot. He also jumps into the sea. In the trailer, Vicky says, “I have a major fear of deep sea water. Let’s do it with josh because the spirit is all time high.”

“It was a wonderful experience going on this survival expedition with the world-famous adventurer Bear Grylls. If it wasn’t for him, I would have not been able to defeat my fear of swimming in this vast ocean. This journey also marks an incredibly significant chapter in my life as I was able to overcome and conquer one of my many fears. The thought of being in the middle of an ocean and not having a floor beneath you is not easy, but Bear’s constant motivation and determination has helped me rise out of this triumphantly.,” Vicky Kaushal shares his experience on this extreme adventure.

“Vicky was an incredible guest on so many levels… not only were we in some of the most hostile mangrove swamps on earth, but he also had to face open ocean swimming with sharks in the water, which was a huge obstacle for him! His story and his route to super stardom, is so humbling, and his warm, infectious spirit is always inspiring. You get to see a very raw, personal side of Vicky on this journey, and I am so proud of how he truly conquered his fears”, said Bear Grylls on his adventure with Vicky Kaushal.

“The constant love and appreciation have motivated us to strive for better. We are humbled by the overwhelming response received on Ajay Devgn’s episode and to keep you all entertained in the festive season, we are back with yet another special featuring Vicky Kaushal. Our journey with Bear Grylls goes way back and has been a long standing and enriching relationship. With Bollywood’s rising star Vicky Kaushal this time, we are sure his great persona and the spirit of camaraderie between the duo will make this show a must-watch!” said Megha Tata, Managing Director- South Asia, Discovery Inc.