Punjab CM, AAP continue to be at loggerheads 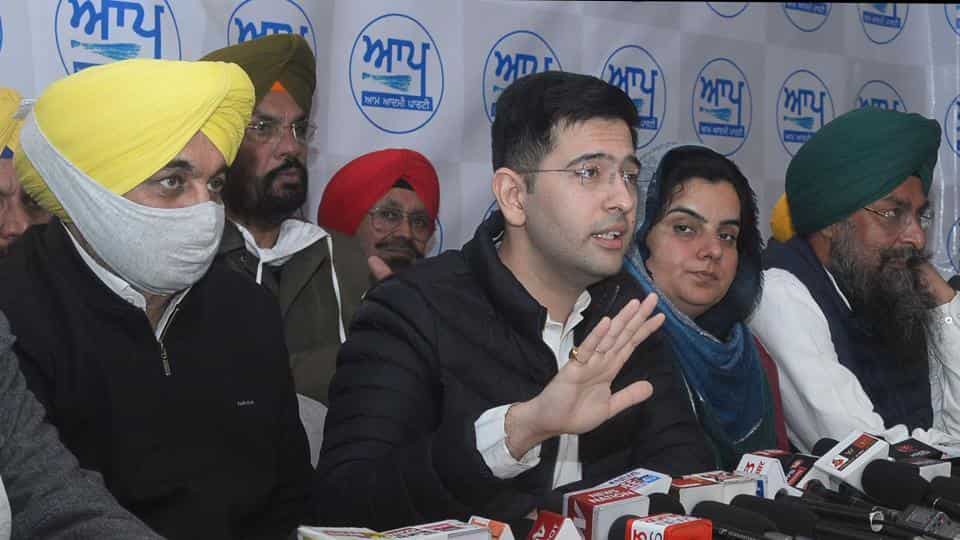 The Aam Aadmi Party(AAP) on Wednesday attacked Punjab chief minister Captain Amarinder Singh alleging that the his government has applied the three controversial farm laws in the state even as farmers continue to protest against it.

Briefing a press conference, AAP national spokesperson and Punjab co-in charge Raghav Chadha accused the Punjab CM of betraying farmers and demanded him to resign immediately. His state came over Punjab minister of food and civil supplies Bharat Bhushan Ashu’s remark who told the media that the state has allowed the farmers from outside the state to sell their crops.

“In a press conference, the Punjab minister clearly said the three farm laws have been implemented in the state. He also mentioned how all produce is being bought and sold as per the new laws. There cannot be a bigger fraud, a bigger betrayal than this,” Chadha said.

However, Capt Amaridner hit back at him saying that Mr Ashu’s remarks has been distorted by the newspaper and those lashing out at him didn’t even bother to fact check.

“Punjab was the first State to have opposed the laws and, in fact, passed amendment Bills to negate their dangerous impact on agriculture,” he said.

“I am amazed that they (SAD and AAP) spoke in favour of the Bills in the assembly, and even went to meet the governor along with me, but said different things outside,” Captain Amarinder Singh had said. “This shows their brazen double standard,” he added.

Replying to him, CM Kejriwal had accused that even Singh was a part of the committee that passed the controversial farm bills and is now misleading farmers.

“First you cheated the farmers by supporting the Centre’s bills in the committee, and now this is the second time you are cheating them,” Kejriwal had said in a tweet.