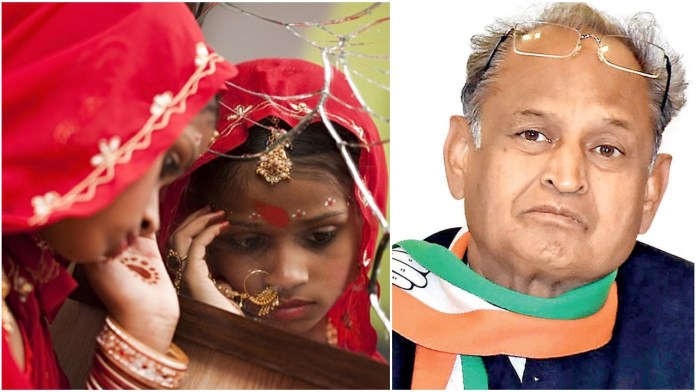 The Rajasthan Compulsory Registration of Marriages (Amendment) Bill, 2021 was passed in the Rajasthan Assembly on Friday amid objections from the opposition party (BJP) legislators. Members of the opposition Bharatiya Janata Party (BJP) on Friday staged a walkout from the Rajasthan Assembly in protest against an amendment bill for compulsory registration of marriages. The party claimed that this would legalize child marriages. This is black law.

The Rajasthan Compulsory Marriage Registration (Amendment) Bill, 2021 was passed in the state assembly yesterday on Friday amid objections from opposition legislators. Under the Bill, the information about child marriage will have to be given to their parents/guardians within 30 days of the marriage.

Defending the Rajasthan Compulsory Registration of Marriages (Amendment) Bill, 2021 in the House, Parliamentary Affairs Minister Shanti Dhariwal said the proposed law allows registration of marriages, but nowhere has it been said that such marriages will eventually become valid. The Minister said that if it is indeed a child marriage, then the District Magistrate and the concerned officers will be able to take necessary action against the families.

All adults in Goa received the first dose of the corona vaccine, PM appreciates

State Parliamentary Affairs Minister Shanti Dhariwal said, you say that child marriages will be valid. Nowhere does this amendment say that such marriages shall be valid. Marriage certificate is a legal document, in the absence of which the widow will not get the benefit of any government scheme.