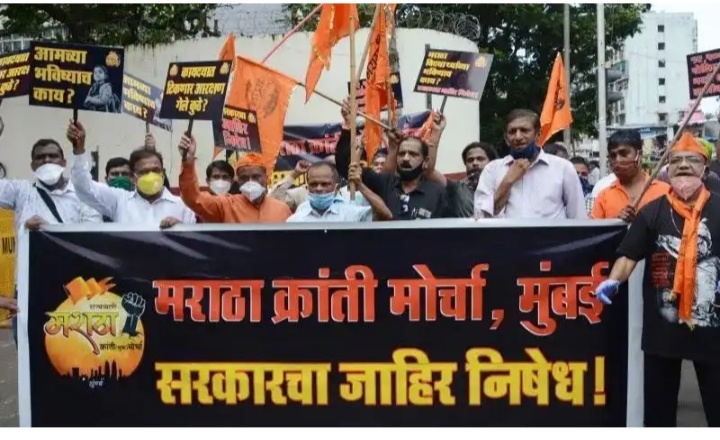 The Supreme Court on Friday reserved its judgement on petitions challenging the constitutional validity of a law that grants reservation to the Maratha community in education and jobs in Maharashtra.

A five-judge Constitution bench headed by Justice Ashok Bhushan concluded the hearing of arguments in the matter in which submissions were also advanced on whether the landmark 1992 Indra Sawhney verdict (called the Mandal judgement), which put a cap of 50 per cent on reservations, requires reconsideration by a larger bench.

“KK Venugopal, Attorney General has addressed his arguments in reply to the submissions made in the writ petition… Tushar Mehta, Solicitor General appearing for the UOI (Union of India) and the state of Gujarat adopts the submission of the Attorney General. Hearing completed. Judgment reserved,” said the bench, which also comprised justices, L Nageswara Rao, S Abdul Nazeer, Hemant Gupta and S Ravindra Bhat.

The Bench, during the hearing, had also decided to hear all state governments in the matter after a question of whether the top court’s nine-judge bench Indra Sawhney judgement, the ceiling on reservation fixed by the Court, should be re-considered cropped up.

The bench had commenced hearing arguments in the matter on March 15.

Pingle told the bench that “the elephant that needs to be addressed in the room is caste”. The Indra Sawhney judgement, he said, recognised caste as a ground for extending reservations but the endeavour needs to be made to remove caste-based reservations in a phased manner. To this, the bench said these “thoughts” were “very radical and good” but it was for the government to take a decision that caste and reservation should go. “That is for Parliament and the legislature. It is a welcome idea…When the Constitution was enacted, the object was a caste-less, egalitarian society,” said Justice Bhushan.

The apex court is hearing a clutch of pleas challenging the Bombay High Court verdict which had upheld the grant of quota to Marathas in admissions and government jobs in the state.

It had on September 9 last year stayed the implementation of legislation and referred to a larger bench the batch of pleas challenging the validity of the law, but made it clear that the status of those who have availed of the benefits would not be disturbed.

The high court, while upholding the law in June 2019, had held that 16 per cent reservation was not justifiable and the quota should not exceed 12 per cent in employment and 13 per cent in admissions.