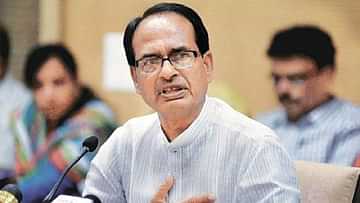 Chief Minister Shivraj Singh Chouhan addressed the Gurujan Samman function organized at Chhatrapati Shivaji Organic Agriculture Produce Market, Balaghat on the occasion of Teachers’ Day on 5th September. Addressing the Gurujan Samman ceremony, he said that teachers are the builders of the nation in the true sense. Children get educated after getting education from our gurus and are leading the country in all spheres of society. Teachers should not consider themselves as government servants but consider themselves as nation builders and discharge their responsibilities and give good education to the children.

The Chief Minister felicitated the persons making their remarkable contribution in the education sector as well as in the social sector by presenting flowers, shawls, quince and mementos through the platform. On this occasion, he also dedicated other development works including construction of 958 meter length railway over bridge to be constructed. On this occasion, the Chief Minister while announcing the formation of a medical college for the district said that in the next episode, a medical college would be opened in Balaghat district. On this occasion, he also released CM Rise School Patrika. Along with this, CM inaugurated and performed Bhoomi Pujan of development works worth Rs 349 crore.

After this, Chief Minister Chouhan reached Rampayali. Where he worshiped in the famous Balaji temple and learned about the historicity of the temple while circumambulating the temple complex. On this occasion, Home Minister Dr. Narottam Mishra, Minister of State for AYUSH Ramkishore Nanao Kavre, MLA and Chairman of Mineral Development Corporation Pradeep Jaiswal, former minister and current MLA Gaurishankar Bisen and local public representatives were present.