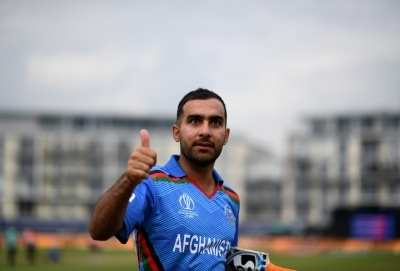 Afghanistan will play one of their most important match in their international journey till now on Sunday when they will square off against Kane Williamson-led New Zealand side in the ongoing T20 World Cup.

Meanwhile Asghanistan batter Hasmatullah Shahidi has insisted that his team’s main focus is to reach final four of the tournament.

Shahidi could not confirm if spinner Mujeeb Ur Rahman is fit for their final match in Group 2 against New Zealand on Sunday.

“About Mujeeb, I’m not sure because this is the responsibility of team physio. And they’re in touch with him.”

Afghanistan need to win big against New Zealand in Abu Dhabi and hope that Namibia pull off an upset against India on Monday to reach the semi-finals.

“About the team campaign, we only focus on ourselves, our team. Our main focus is on how we qualify for the semi-finals. So we will go with that. And our focus is only on us. So we’ll do our best to qualify for the semi-finals,” said Shahidi on being asked about India’s supporters cheering for Afghanistan in the pre-match press conference on Saturday.