Support Us
More
More
HomeCURRENT AFFAIRSTake my words back: Nupur Sharma after suspension over remarks on Prophet
CURRENT AFFAIRSPOLITICS
June 5, 2022

Take my words back: Nupur Sharma after suspension over remarks on Prophet 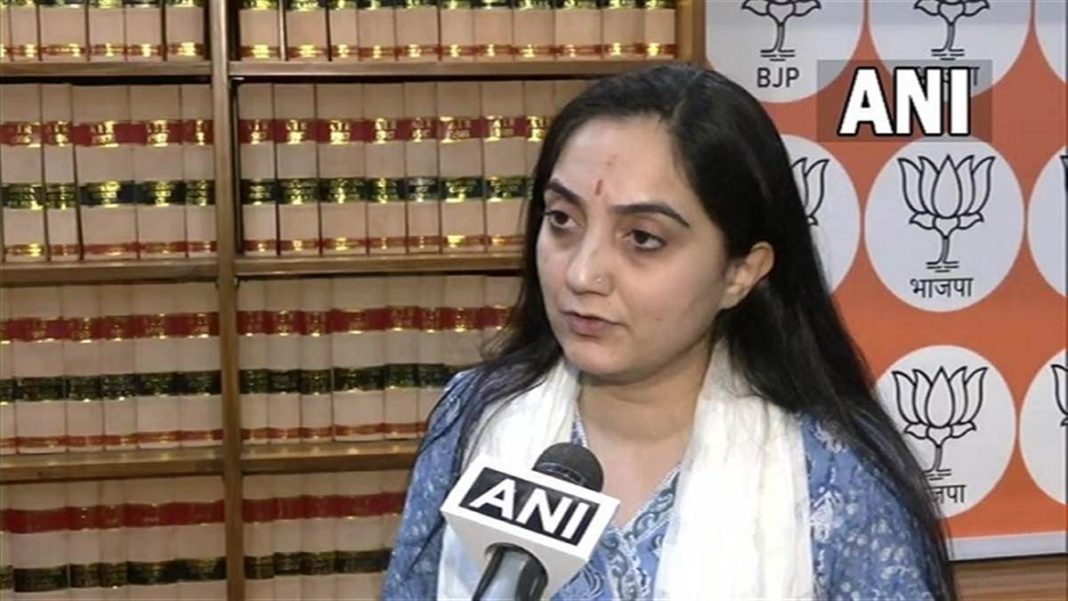 The BJP on Sunday suspended spokesperson Nupur Sharma from the primary membership of the party amid controversy over her remarks. After this Nupur Sharma gave her response through Twitter. She said that I request all the media houses and everyone else not to make my address public. The safety of my family is at risk. Earlier, a statement was issued by the party. The party said that it respects all religions and strongly condemns insult to any religion or religious person.

Explaining her stance, she said, “I have been attending TV debates for the past many days where our Mahadev was being insulted and disrespected continuously. It was mockingly being said that it is not Shivling [at Gyanvapi mosque] but a fountain. The Shivling was also being ridiculed by comparing it to roadside signs and poles in Delhi.”

“I could not tolerate this continuous insult and disrespect towards our Mahadev and I said some things in response to it,” Nupur Sharma said.

Nupur Sharma, who was suspended from the party, made a controversial statement a few days ago during a live debate on a TV channel. She had allegedly made objectionable remarks on Prophet Muhammad. Since then many Muslim organizations have been demanding action against her.

In the suspension letter, the party’s central disciplinary committee wrote, “You have expressed views contrary to the party’s position on various matters… Pending further inquiry, you are suspended from the party and from your responsibilities with immediate effect.”

This statement of BJP has come at a time when violence broke out in Kanpur after Nupur Sharma’s statement.