The country’s second poorest state is ‘Jharkhand’, Chatra has the highest 60.74 percent population below the poverty line 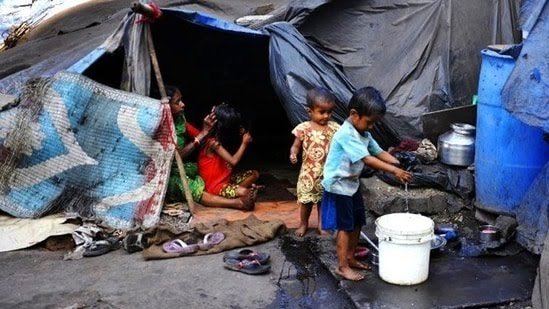 Jharkhand ranks second in terms of poverty. Jharkhand is also included in the poorest three states of the country. About 42.16 percent of the state’s population is living a life of poverty. At the same time, Bihar is also below Jharkhand in this matter. This has been disclosed in the Niti Ayog Report. Recently NITI Aayog has released the Multidimensional Poverty Index. According to this, UP, Bihar and Jharkhand are included in the top-3 poor states of the country.

Chatra of Jharkhand is included in the list of the poorest states. About 60.74 percent of the population here is poor. Whereas the lowest poverty is in East Singhbhum. Here only 23.99 percent of the population is poor. Apart from Chatra, Pakur and West Singhbhum are in the top-3 poorest districts of Jharkhand. Pakur has 60.66 percent and West Singhbhum has 57.60 percent poverty. According to the report of National Family Health Survey-5, even though the nutrition of children in Jharkhand has already improved. But according to the report of NITI Aayog, Jharkhand is the most malnourished after Bihar.

Also Read – Emergency landing of Go First flight going from Bangalore to Patna, 139 passengers were on board

The least poverty states in the country are Kerala, Goa, Sikkim, Tamil Nadu and Punjab. Only 0.71 percent in Kerala, 3.76 percent in Goa, 3.82 percent in Sikkim, 4.89 percent in Tamil Nadu and 5.59 percent in Punjab are poor. Recently, NITI Aayog has released a report in which Bihar’s plight has been mentioned in the matter of education and health. According to the report, poverty in Jharkhand is second in the country. Chatra is the poorest district of the state. There is 60.74 poverty here.

Bihar and UP are also not behind in terms of poverty. On the other hand, if we talk about the least poverty, then Kerala is on the top. There is only 0.71 percent poverty in Kerala. On the other hand, the situation of Jharkhand is also bad in terms of malnutrition. According to the health survey, the condition of the state has already improved, but according to the report of NITI Aayog, Jharkhand is the most malnourished.