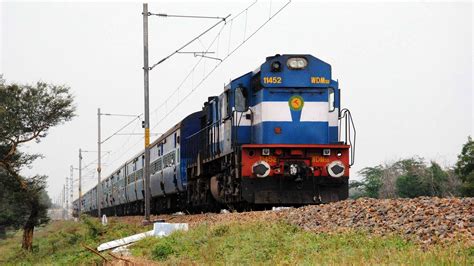 Indian Railways continuously develops its services and technology. Today is also going to be very historic for the Railways. Today the railways will compete in the full speed of two trains. During this, Railway Minister Ashwini Vaishnav himself will be present in one train and the Chairman of Railway Board in the other.

Actually, the Railways will test the indigenous train collision protection technology ‘Kavach’ today. This test will be done in Secunderabad. In this, two trains will move towards each other from opposite direction with full speed. But due to ‘armor’, these two trains will not collide. Railway officials have given information about this. Railway Minister Ashwini Vaishnav will reach Secunderabad to be a part of the trial run of the system on the Sanathnagar-Shankarpally route.

The Ministry of Railways has developed this technology after many years of research. This Kavach technology developed by the Indian Railways is believed to be the world’s cheapest automatic train collision protection system.

This technology will help the Railways in achieving the goal of ‘Zero Accident’. Railway officials say that the train will automatically take brake as soon as the red signal is crossed. Also, all trains within a radius of five kilometers will stop. Apart from this, the armor will also protect the train coming from behind.

According to officials, Kavach will first alert through audio-video if there is a similar lapse from the driver. If there is no response, automatic brakes will be applied in the train.

Along with this, this system will not allow the train to run faster than the fixed section speed. The RFID devices in the armor will be installed inside the train engine, signal system, railway station. Kavach technology will work on systems like GPS, radio frequency.