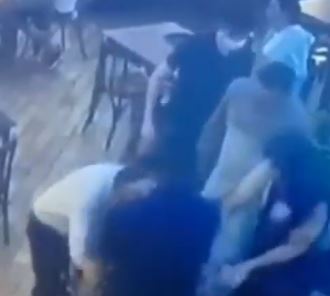 In a viral on social media, a waiter and police officer saved a man’s life who was choking in a restaurants. The video was posted by the Good News Correspondent on Twitter. According to the caption of the clip, the incident happened in Sao Paulo, Brazil.

He continued with that for a little while and, luckily, the man regained consciousness.

“A waiter and a highway police officer saved the life of a 38-year old man who passed out after choking on his food at a restaurant in São Paulo, Brazil last Friday,” read the caption of the post.