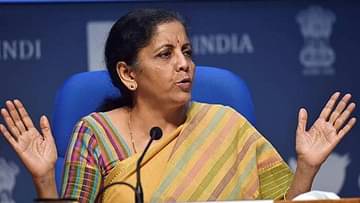 The Budget for the financial year 2022-23 will be presented on February 1, 2022, while the Economic Survey will come on January 31. People have high hopes from this budget being presented in the shadow of Corona. Today we are going to tell you about some special words, which would have been used in the budget speech and the meaning of most of them is not clear to the people. In such a situation, we are going to tell the meaning of some such words, with the help of which you will easily understand the essence of Sitharaman’s budget speech.

If the government sells its stake in a public sector company to the private sector, it is called disinvestment. This stake is sold by the government through shares. This stake can be sold to an individual or to a private company.

What is meant by Bond?

When the central government is short of money, it issues bonds to raise money from the market. It is a type of loan, the repayment of which is done by the government within a stipulated time after getting the money. Bonds are also called certificates of debt.

What is Balance of Payment?

Whatever financial transaction takes place by the state governments of the central government and the governments present in other countries of the world, it is called balance of payment in the budget language. Balance budget is when both expenditure and earnings of the government are equal.

What is Custom Duty?

When goods come into India from another country, the tax that is levied on it is called Custom Duty. It is also called customs duty. This duty is levied as soon as the goods are landed in India by sea or air.

What is meant by excise duty?

Excise duty is levied on those products which are levied within the country. It is also called excise duty. This fee is levied on the manufacture and purchase of the product. At present, there are two major products in the country, from which the government earns the most. Petrol, diesel and liquor are the best examples.

Also Read – Jio Recharge Plans: If you want to enjoy internet services without any interruption then check out this plans

What is fiscal deficit?

What is Finance Bill ?

While presenting the general budget through this bill, the Finance Minister proposes new taxes with the idea of ​​increasing government income. Along with this, any amendment in the existing tax system is proposed in the Finance Bill. It is implemented only after getting the approval of the Parliament. This is done every year during the presentation of the budget by the government.

Capital assets held for less than 36 months are called short term capital assets. Whereas in case of shares, securities and bonds this period is 12 months instead of 36 months.