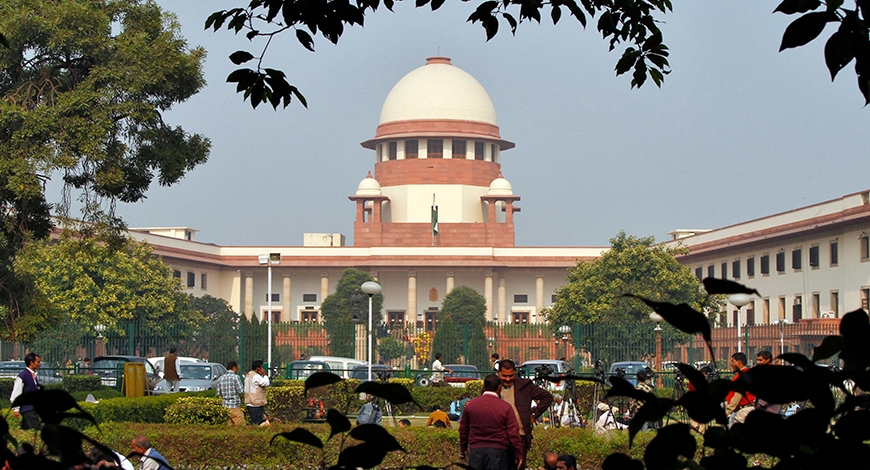 The Supreme Court on Monday declined to entertain a petition filed by class XII students seeking direction to the Centre and states to consider and take a time-bound decision with regard to the physical re-opening of schools and conduct of offline teaching.

“Complexities of the matter is such that we will have to leave it to the governments. Supreme Court can’t take over governance. Let governments take these decisions,” the Bench said while asking the petitioner’s advocate to withdraw the plea.

As the apex court was not inclined to hear the case petitioner withdrew the plea.

The top court added that governments have taken a decision for the phased reopening of schools and these are plans that should be left to the government.

“Courts have to be very careful. There is no data. Schools were opened abroad also, we know what happened. We don’t want to name. Children have also to be vaccinated. You may withdraw this petition,” Justice Chandrachud told advocate Ravi Prakash Mehrotra, appearing for the petitioner student.

Petitioner Amar Prem Prakash said he is echoing the sentiments and feelings of a large body of the student community and fraternity of the country, particularly underprivileged and voiceless children.

The petitioner also said he is aggrieved by the indecision and vacillation on the part of the Centre and states/union territories (UTs), in the matter of re-opening of schools and resumption of physical classes with adequate safeguards.

There has been a demand for the reopening of physical classes, especially for students from weaker sections of society as they have been facing learning losses. An Azim Premji Foundation survey revealed that 92 per cent of the children have lost at least one language ability, while 82 per cent have lost math skills due to lack of proper education amid school closure.

The petition was filed by 41 qualified postgraduate doctors from across the nation who aspire to become super-specialists by qualifying NEET SS 2021 exam.