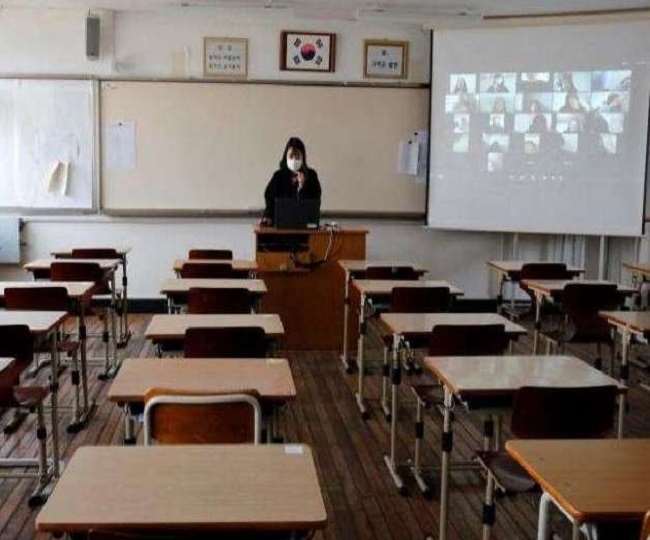 Schools in Delhi that were closed for a long time due to the Corona epidemic finally opened on Wednesday. Right now only the students of class IX to XII have been called. In the midst of heavy rain in the capital, students were seen going to school with umbrellas in their hands, wearing masks on their faces. Meanwhile, Lieutenant Governor Anil Baijal has said that colleges and universities will also be opened this month. However, before this, it will be necessary for all students above 18 years of age to be vaccinated.

At the same time, Delhi’s Deputy Chief Minister and Education Minister Manish Sisodia has made a tweet expressing happiness on the opening of the school. He wrote, “After 17 months, schools are open today, children will again sit in their classes and study, have fun with friends. And yes, despite the rain the children reached the school, obviously the children were also eagerly waiting for their schools to open.”

At the same time, the Delhi Disaster Management Authority (DDMA) has also issued guidelines regarding the reopening of schools. It has been said in these guidelines that there should be ‘thermal screening’ for all, lunch breaks should be done in a phased manner, proper distance between students in the class should be followed and visitors should be prevented from coming. The authority said that students, teachers and other staff living in the COVID-19 containment zones will not be allowed to come to schools and colleges.

UP Board Class 12th sample paper released at upmsp.edu.in

MPPEB Recruitment Notification Is Out For 2023, Apply for 3500+ Group 2 vacancies