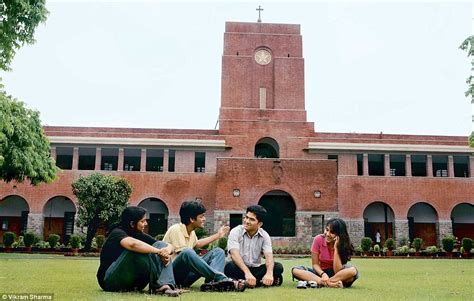 University of Delhi has decided to name the upcoming colleges in the future after the names of Veer Savarkar and the late BJP leader Sushma Swaraj. The decision was taken at the executive meeting held at the university. The idea of naming colleges in the name of Sushma Swaraj, Swami Vivekananda, Veer Savarkar, and Sardar Patel names was taken in a meeting held in the month of August by the academic council of the university. The council had given the responsibility to the Vice-Chancellor to finalise the names.

Highlights from the meeting

The council has also decided on the changes in appointing and selecting assistant professors without any consent from the three members: Seema Das, Rajpal Singh Pawar and advocate Ashok Aggarwal.

Earlier, it was decided that there is no limit on the number of candidates for colleges, while for the university departments, a minimum of 30 candidates for the first vacancy and 10 for every additional vacancy will be called accordingly.

Further, the members also did not agree that a PhD should be made mandatory for the selection of assistant professors. The members demanded the implementation of the December 5, 2019 letter from the education ministry.

The ministry letter denotes that, “Faculty appointed and working on an ad hoc, temporary or contract basis and meeting the eligibility criteria shall be shortlisted for interview at the respective university and or its colleges.” The Vice-Chancellor, after listening to these proposals, replied that “what needs to be done we will to it. We were only informed about the upcoming college’s name to be given after Veer Savarkar and Sushma Swaraj”.