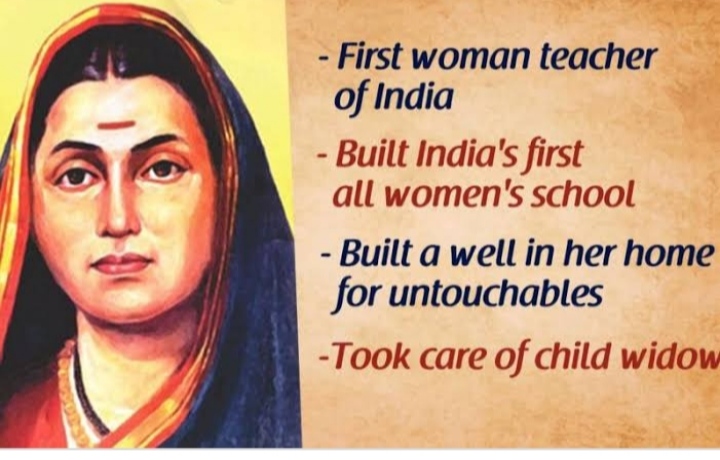 Savitribai Phule was born on 3 January 1831 in Naigaon in Satara district, Maharashtra.

At that time, women did not have the freedom to study, but Phule not only completed her studies with courage, but in 1848 the first women’s school was opened in Pune by her.

It is said that when she went to school, the people who were against female education used to throw stones, throw dirt on her. The reading of women was considered a sin at that time. Savitribai used to take a sari in her bag so that she could change her dirty sari after reaching school.

Mahatma Jyotiba Phule, husband of Savitribai Phule, is known as the most important leader of the social reform movement in Maharashtra and India. – Jyotiba spent his entire life educating and advancing women and backward castes.

Savitribai Phule, along with her husband Mahatma Jyotiba Phule, made revolutionary efforts to educate the rights of women and educate them.

Savitri Bai Phule and Jyotirao Phule did many other things for the society. She opened a child care restrictive home care center for women who used to be pregnant, but for some reason were not able to raise a child. In such a situation, she was forced to throw or kill them. Savitri Bai Phule and Jyotirao Phule had no children. In such a situation, they adopted and raised Yashwantrao, the son of a widowed woman.

The plague spread to Pune in 1897. The Phule couple opened a clinic to serve the patients of this epidemic. Here she herself served patients. She also used to bring affected people living far away. During this time she herself got hit by the plague. Her condition deteriorated rapidly and she died on 10 March 1897.

Her entire life was spent fighting for the rights of poor, deprived, Dalit sections and women. As a poetess, Savitribai Phule also wrote two poetic books ‘Kavya Phule’, ‘Bawanakashi Subodharatnakar’ to bring a new awakening in the society. She was also honored by the then British Government in 1852 for her contribution. Also, the Central and Maharashtra governments instituted several awards in memory of Savitribai Phule and also issued a postage stamp in her honor. One of her Marathi poem translated lines in Hindi- ‘All is lost without knowledge, without knowledge we become animals, so do not sit empty, go and learn.’