Aarya Season 2 Trailer Is Out 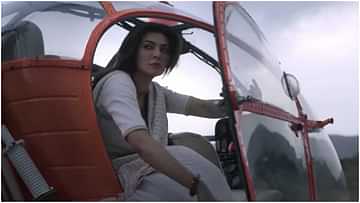 The second season of Aarya 2 is coming and fans are quite excited to see it. The trailer of the second season of the show has been released and this time Sushmita Sen Aarya character is going to be seen as a gangster. In Aarya 2, Ram Madhvani has shown Aarya’s journey from strong to fearless.

Aarya, who was nominated for Best Drama Series in the International Emmy Nominations, is now ready to explode in the second season. The trailer of the series has arrived and this time the audience will get to see tremendous twists. After watching this trailer, 2 questions arise whether Aarya will be able to escape from her past or her own family saw her cheating.

The second season of the show depicts the journey of a mother who wants to save her children and family from the world of crime. Will her family remain her strength or will her own family betray her, you will get to see in this series. Sushmita will play the character of Aarya Sareen in the series and will be accompanied by Sikandar Kher, Vikas Kumar, Mayo Sarao, Ankur Bhatia, Arash Khurana and Dilnaz Irani.

The director of the show Ram Madhvani said about the upcoming season, we are excited to show the trailer of Aarya 2. Aarya character is quite strong. She has to face her past so that she can save her family. In the second season, Aarya has to fight a new battle. This time we are going to see Aarya in a different look.

Talking about her character, Sushmita said, After being nominated for the International Emmy Awards 2021, we are supercharged for the second season. In the second season of Aarya, Aarya will not only be seen as a strong woman but also as a warrior. In this new chapter, I will get to know more about Aarya character and as an actor, I got to learn a lot from this character. I hope the audience will like this new look of Aarya.

You can watch the story of Aarya, who came out to fulfill her revenge by becoming a lioness, on Disney Plus Hotstar on December 10 .

Swapnil Joshi’s ‘Bali’ is set to release on December 9