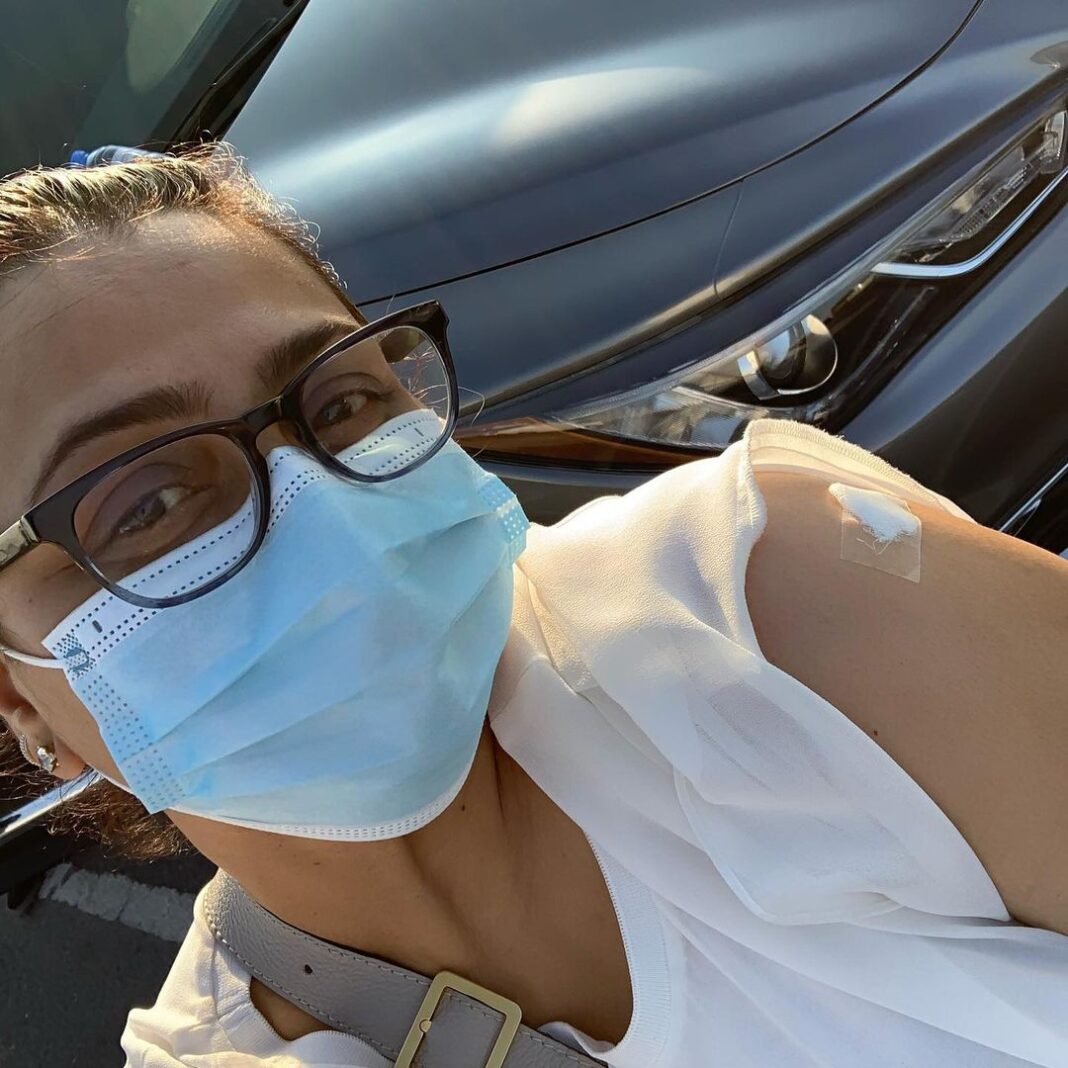 Actress Shilpa Shirodkar has become a top trend on every social media handle after she revealed that she has received the first shot of vaccine against novel coronavirus which has left the world in deep despair. The actress apparently leaves in Dubai wherein the vaccination process was rolled out in the last week of December with Pfizer and BioNTech. Shilpa took to Instagram to share a picture of herself in which she was seen donning a mask as she flaunted her upper arm wherein a small bandage could be spotted which was supposedly on the mark where she was vaccinated.

Meanwhile, India will soon roll out its vaccination drive with its two authorised vaccines. Health Minister Dr Harsh Vardhan said today, “In the next few days, in the near future, we should be able to give these vaccines to our countrymen. It will be given to our healthcare professional followed by frontline workers.”

Shilpa has been a part of film and telvision industry for over two decades. Her work in Bollywood include Kishen Kanhaiya, Trinetra, Aankhen, Khuda Gawah and Bewafa Sanam among others.

Shilpa Shirodkar is the sister of former Miss India and actress Namrata Shirodkar, who is married to Mahesh Babu and is known for films such as Bride And Prejudice and Vastav.