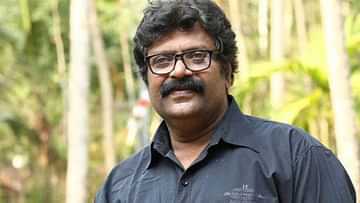 Ali Akbar, a Malayalam film director and Sangh Parivar supporter in Kerala, has announced that he and his wife are in contact with a section of social media users allegedly rejoicing over the tragic death of Chief of Defense Staff General Bipin Rawat and his wife in a helicopter crash. Now he had decided to leave Islam in protest. He made the announcement in a video posted on social media on Friday. The filmmaker said in the video, ‘I am not a Muslim from today. I am an Indian.’

He criticized those who put a happy emoji below the news related to General Rawat’s death and said that he cannot stand with “anti-nationals”. Film director-turned-politician Akbar had in October this year resigned from all responsibilities as a member of the Bharatiya Janata Party’s (BJP) state committee as he was facing organizational level action against BJP state secretary AK Nazir in the Kerala unit. However, Akbar had said that he would continue to be a member of the BJP.

On the one hand the whole country is crying over the death of 13 heroes including CDS General Bipin Rawat, while on the other hand some fanatics are laughing at the departure of the real hero of the Islamic country. Frustrated by this, Ali Akbar, the film director of Malayalam films from Kerala, has announced to leave Islam and return to Hinduism. On Facebook Live, the director said that he is abandoning Islam.

According to the report, after the death of CDS Bipin Rawat on 8 December 2021, Akbar shot a live video on Facebook, but Facebook suspended the film director’s account for a month after calling it racial. After this, the film director created another Facebook account and through it came live and announced to leave Islam.

The film director, who paid tribute to CDS Rawat through Facebook, said, “This cannot be accepted. That’s why I am giving up my religion, neither mine nor my family have any other religion. In fact, when the film director started making live videos on the death of CDS Rawat, radical Islamists made fun of him by putting thousands of laughing emojis on his video, which hurt his sentiments.