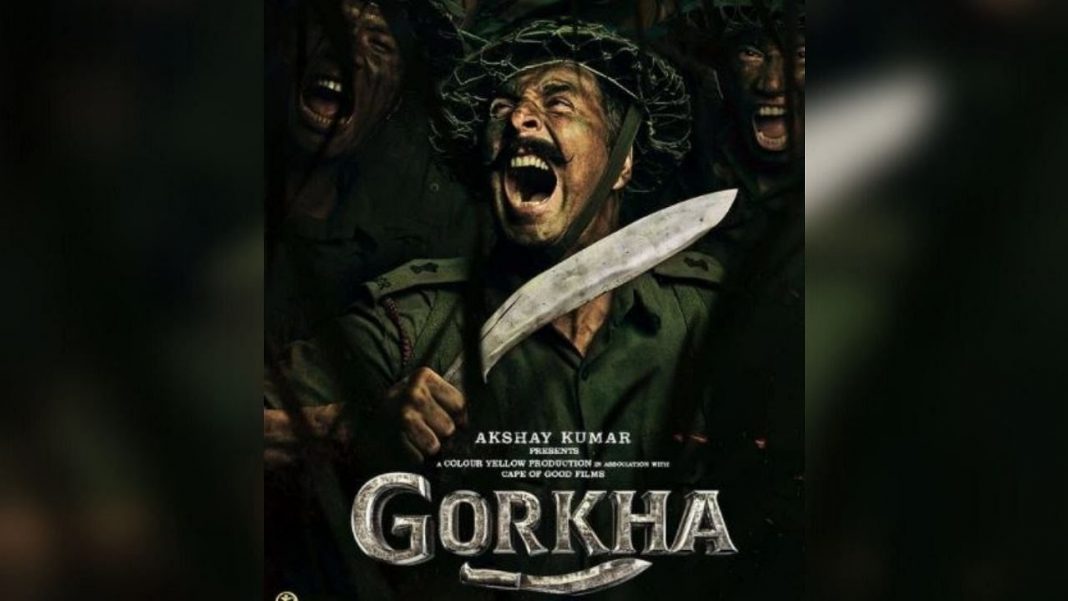 Akshay Kumar has announced his new film. The name of his next film will be ‘Gorkha’. Releasing the poster of his film, Akshay Kumar wrote on his official Instagram account, “Sometimes you come across so many inspirational stories that you want to make a film on them. One such film will be based on the life of the great Gorkha war hero Major General Ian Cardozo.” Akshay recently completed the shooting of one of his films Rakshabandhan in Delhi with Aanand L Roy. Akshay Kumar will also work with Aanand L Roy in the film Gorkha.

Gorkha will be one such film based on the life of the great war hero Major General Ian Cardozo.” Akshay had recently completed the shooting of one of his films Rakshabandhan in Delhi with Aanand L. Roy. Akshay Kumar also starred in the film Gorkha. Aanand L. Will work with Roy only.

The British formed the first Gorkha regiment in the year 1815 at Subathu, Himachal Pradesh. However, in the year 1809, Maharaja Ranjit Singh had also recruited Gorkhas after a conflict with the Gorkha army in Kangra. Gorkhas are adept at fighting in hilly areas. And they are known for their bravery and valor.