Akshay Kumar to go ‘into the wild’ with Bear Grylls; watch teaser 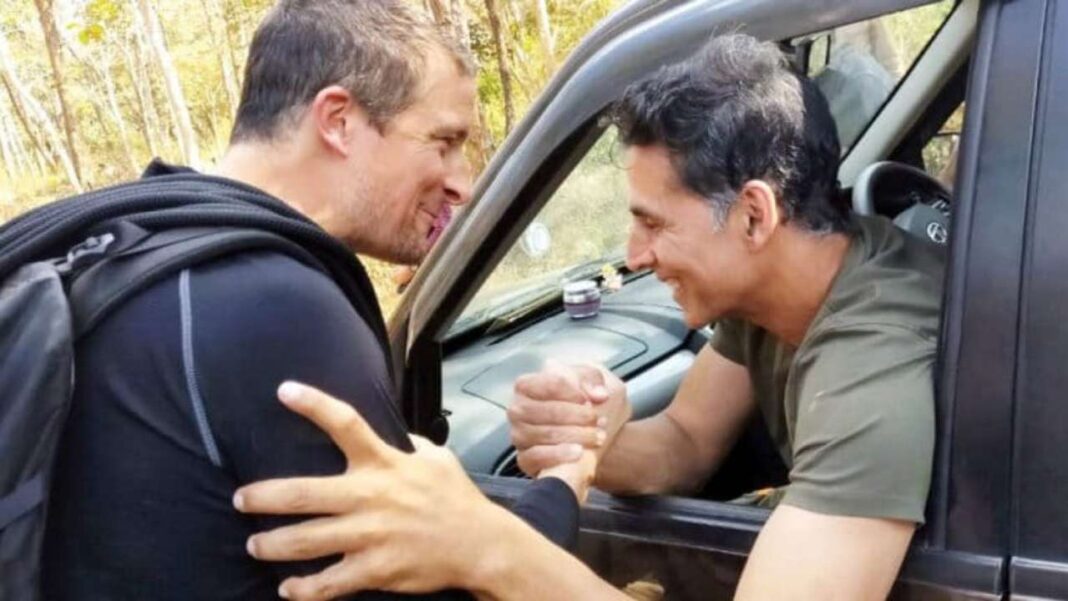 After PM Modi and Rajinikanth, Akshay Kumar is all set to be the next Indian guest of Bear Grylls’ Into the Wild. The special episode will feature on September 11 on Discovery+, the actor has announced.

“You thinking I mad… but mad only going into the wild,” Akshay wrote on Twitter along with a teaser of the episode. The teaser showed the actor and host in a dense forest swinging towards each other with a rople.

Akshay, who has previously hosted Khatron Ke Khiladi, is known for performing his own stunts. Even at the age of 52, the actor’s fitness is commendable.

As per media reports, Akshay shot for the episode this year at Mysuru’s Bandipur Tiger Reserve.

“Akshay Kumar makes for an ideal guest on Man Vs Wild. He’s agile, energetic and quite fit as we all know. He can easily roam around in the difficult terrain of the forest and make for great company with Bear Grylls. Akshay hopes to learn the survival techniques from Bear. The British adventurer too hopes to imbibe some of his admirable qualities. We assure it’ll be an episode to watch out for!” a source told Bollywood Hungama.

Meanwhile, on the film front, Akshay was last seen in Varun Batra’s Good Newwz last year. The actor had a number of projects releasing this year which postponed due to coronavirus outbreak and one of his films, Laxxmi Bomb, is headed for a direct OTT release on Disney+Hotstar.

The actor recently travelled to UK to shoot for his much-anticipated film Bell Bottom which also stars  Huma Qureshi and Lara Dutta.