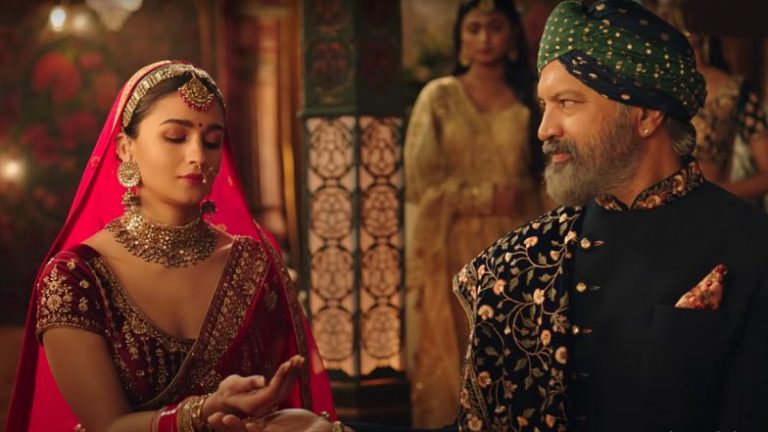 Alia Bhatt‘s new Bridal Wear Ad by Manyavar has sparks debate, while many netizens calls it hinduphobic some even appreciated it by saying that it promotes women empowerment in a subtle way.

On Saturday, the Manyavar brand released a new commercial that promoted a redefined Hindu wedding rituals – from ‘Kanyadaan’ to ‘Kanyamaan’.

‘Kanyadaan’ is a Sanskrit word which means giving away the daughter to the family she weds into. ‘Kanyamaan’, in the ad, highlighted the idea of respecting brides.

In ad, while sitting at the mandap with her husband-to-be, Alia mentions each member of her family — grandmother, father and mother — and how much they love her. However, she objects against the practice of kanyadaan at weddings. She asks why she was always treated as the ‘other’ and a temporary part of their family, despite loving her so much. “Am I a thing to be donated? Why only kanyadaan,” she asks in her internal monologue. She is pleasantly surprised when her mother-in-law and father-in-law give their son away as well. Everyone smiles, and the couple gets married.

Twitter was divided as many had their opinions coming in, either one admired the ad for being bold and brave, or called it an ad that hurt Hindu sentiments.

Here are Some of the Reactions to Alia Bhatt’s New Bridal Wear Ad:

Alia Bhatt has been a part of the identical model for some time now. She had acted in one other bridal advert, previous to this.