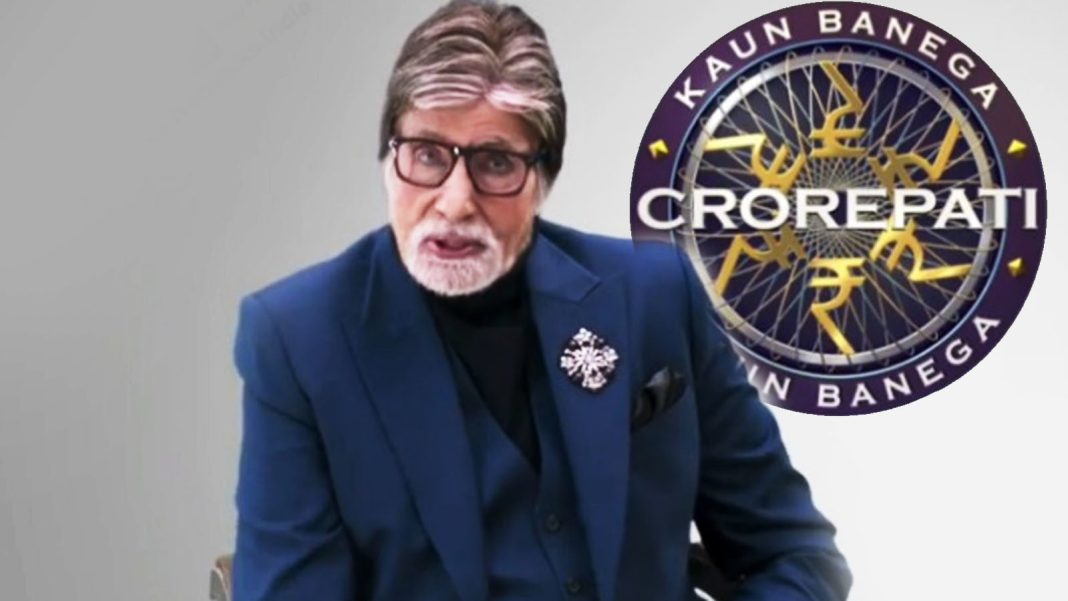 Actor Amitabh Bachchan will soon be back with the 14th season of the hit game show, Kaun Banega Crorepati (KBC) . Sony Entertainment Television released the first promo for the new season on social media on Saturday. It also announced that the registrations will be open from April 9.

In the promo, Big B is seated on his chair and plays the game with a female contestant named, Guddi. It is a hilarious promo that also offers a glimpse of what to expect from the upcoming season.

In the new promo, Amitabh Bachchan asks the contestant a question in his inimitable style The question was – Which of the following has GPS technology. The options were A)Typewriter, B)Television, C) Satellite, D) Rs 2000 currency. Guddi goes with option D and loses the game. Amitabh Bachchan then informs her that her answer is incorrect. The contestant asks Big B if he’s playing a prank. Big B assures her that her answer was wrong and she tells him that she watched in it some news channel. He asks the audience to not believe the unverified news.

Check it out here:

Meanwhile, the last season of the show has been quite a hit with many celebrities gracing it with their presence of the sets of KBC. Farah Khan, Boman Irani, Deepika Padukone, Genelia Dsouza, and Ritesh Deshmukh are amongst those who visited the show in the last season.