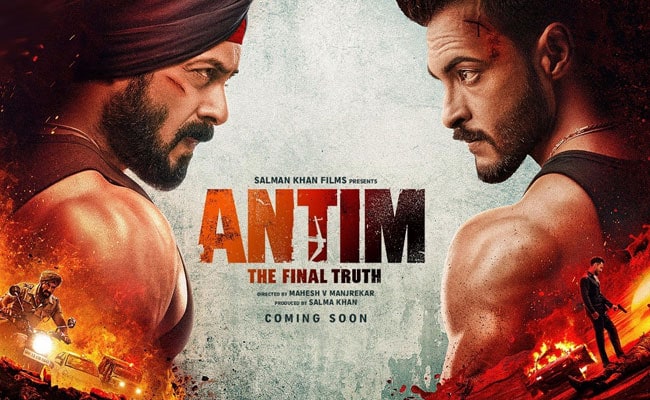 Antim Box Office Collection Day 3: Salman Khan, Aayush Sharma and Mahima Makwana film ‘Antim: The Final Truth’ has started collecting colors at the box office. The pace of the film’s earnings may have been slow on Friday and Saturday, but on Sunday it gave the feeling of being the ‘ultimate’ Salman Khan film. The film had earned 4.50 crores on its release day. So right there, on the second day that is Saturday, the film did a business of 5.50 crores. Now on Sunday, the film has caught a stormy pace at the box office.

Regarding the earnings of Salman Khan film ‘Antim: The Final Truth’, ‘Box Office India.com’ has told that the film has done business of 7.50-7.75 crores on Sunday that is on the third day. This means that on Sunday, there was an increase of about 40 percent in its earnings as compared to Friday and Saturday. ‘Antim’ is doing great business in Mumbai and Hyderabad. Talking about the total earnings, so far it has done business of 18 crores.

Salman Khan and Aayush Sharma film ‘Antim’ is getting good response from critics as well. The film sees a completely different avatar of Salman, a sober minded Sikh cop who doesn’t lose his temper but handles things in a different way, which his other characters have had in the past. The film stars Salman Khan, Aayush Sharma and Mahima Makwana in the lead roles. It is directed by Mahesh Manjrekar, produced by Salma Khan and presented by Salman Khan Films.