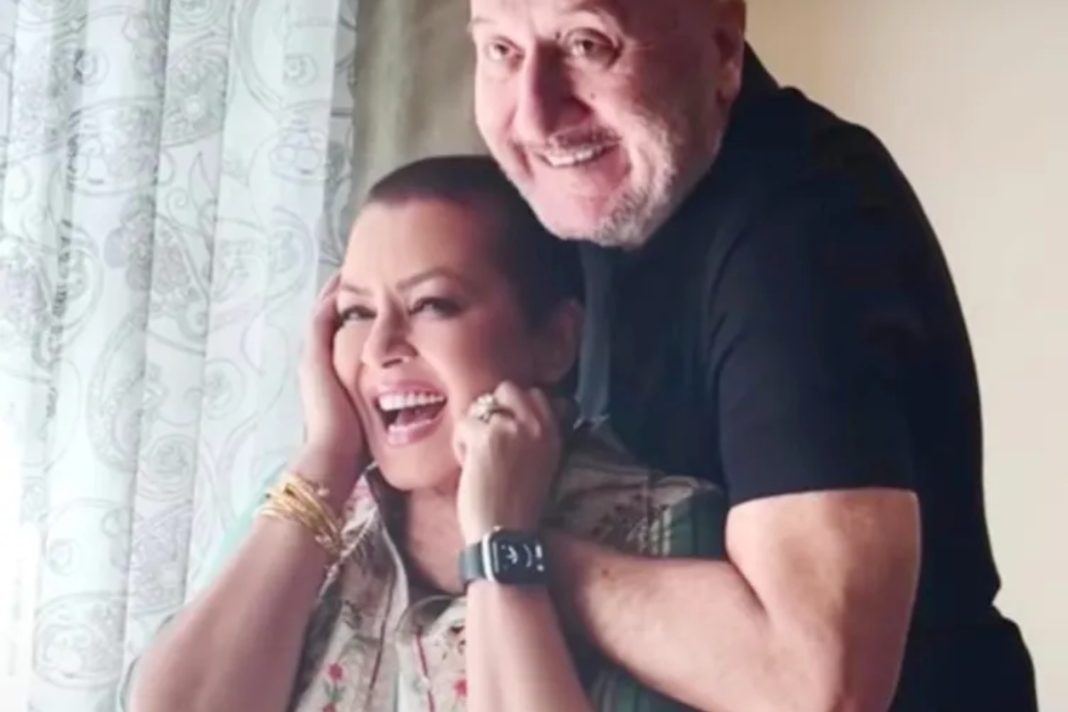 Actor Mahima Chaudhry recently opened up about her battle with breast cancer. Veteran actor Anupam Kher shared a video where Mahima could be seen breaking down as she shared her journey with the disease. ‘A Wednesday’ actor again took to his social media handle and shared a video featuring a picture of Mahima and him from the sets of their upcoming film ‘The Signature’.

The video shared by Anupam starts with a photo of Mahima. Then, both pose for photos together. They are seen attempting different poses like wearing cool sunglasses and look at the same direction while Mahima sits in a chair and Anupam stands behind her. In yet another clip, we see Mahima setting her wig and posing for the cameras. In another picture, Anupam plants a kiss on her head.

He captioned the video, “Sometimes you gotta laugh through the tears, smile through the pain so that you can live through the sorrows!” 🙂 These wonderful pics are shot by @manichintamani on the sets of #TheSignature. #MahimaAndI #AgainstAllOdds #Hero #LifeIsBeautiful.”
In the video shared by Anupam, Mahima shared that Kher called her to do his film when she was getting treated in the hospital. She said that she has been receiving calls to do web shows and films but she couldn’t say yes because she had no hair. She later got emotional and said that she asked Kher if she can do his film with a wig as she has lost hair due to cancer.

As soon as Mahima shared her health update, fans and members of the film industry chimed into the comment section to wish her a speedy recovery.

For the unversed, Mahima is best known for her roles in films ‘Pardes’, ‘Daag’, ‘Dhadkan’, ‘Dil Hai Tumhaara’ and ‘Lajja’ among others.