Support Us
More
More
HomeENTERTAINMENTAnushka-Virat ring in New Year with Hardik-Natasa and others on a 'positive'...
ENTERTAINMENT
January 2, 2021 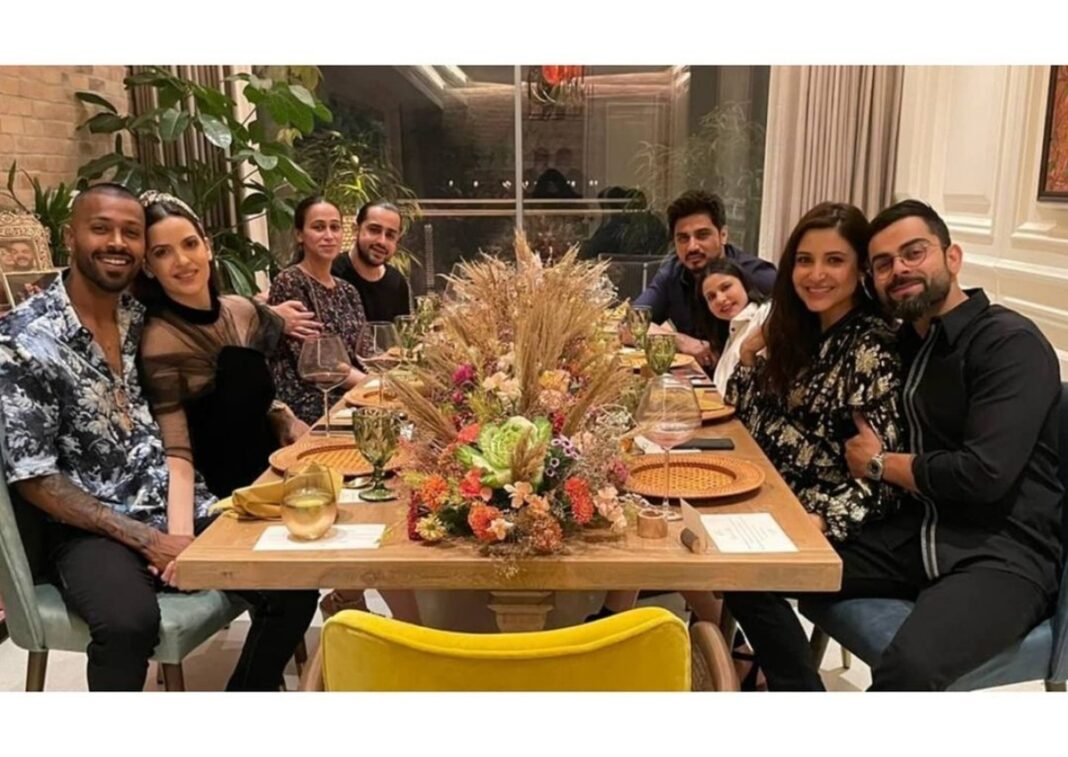 Bollywood actress Anushka Sharma rang in her new year with husband and cricketer Virat Kohli. The duo were accompanied by India cricketer Hardik Pandya, his wife Natasa Stankovic and few other friends.

Well, the father-to-be Virat Kohli took to Instagram to share some pictures on social media and gave his fans a glimpse of his wife Anushka Sharma and his New Year celebrations with friends last night.

The Cricketer captioned the photo with, ‘Friends who test negative together spend positive time together! ☺️ Nothing like a get together with friends in safe environments. May this year bring a lot of hope, joy, happiness and good health. Stay safe! #HappyNewYear2021’

In one photo the couple were posing in a dining table with all the friends and in another photo, they were posing together for a lovely click.

The photo shows Anushka donned in a stunning printed short dress, on the other side, Virat looked dashing as ever in his black shirt. Natasa is seen in an-all black ensemble while Hardik looks dapper in an black and white printed shirt.

Anushka, too, took to her Instagram to share some of the pictures with husband Virat Kohli wherein the lovely couple was seen sharing a candid smile. “Wishing you all bountiful of love , happiness and prosperity this new year . From us to you, ” she captioned the pics.

Anushka and Virat will welcome their first child this month. The couple announced the news of being pregnant in August 2020. Well, Anushka has been ruling all over the internet by flaunting her baby bump. She also finished all her work commitments recently while Virat Kohli flew back from Australia on paternity leave.