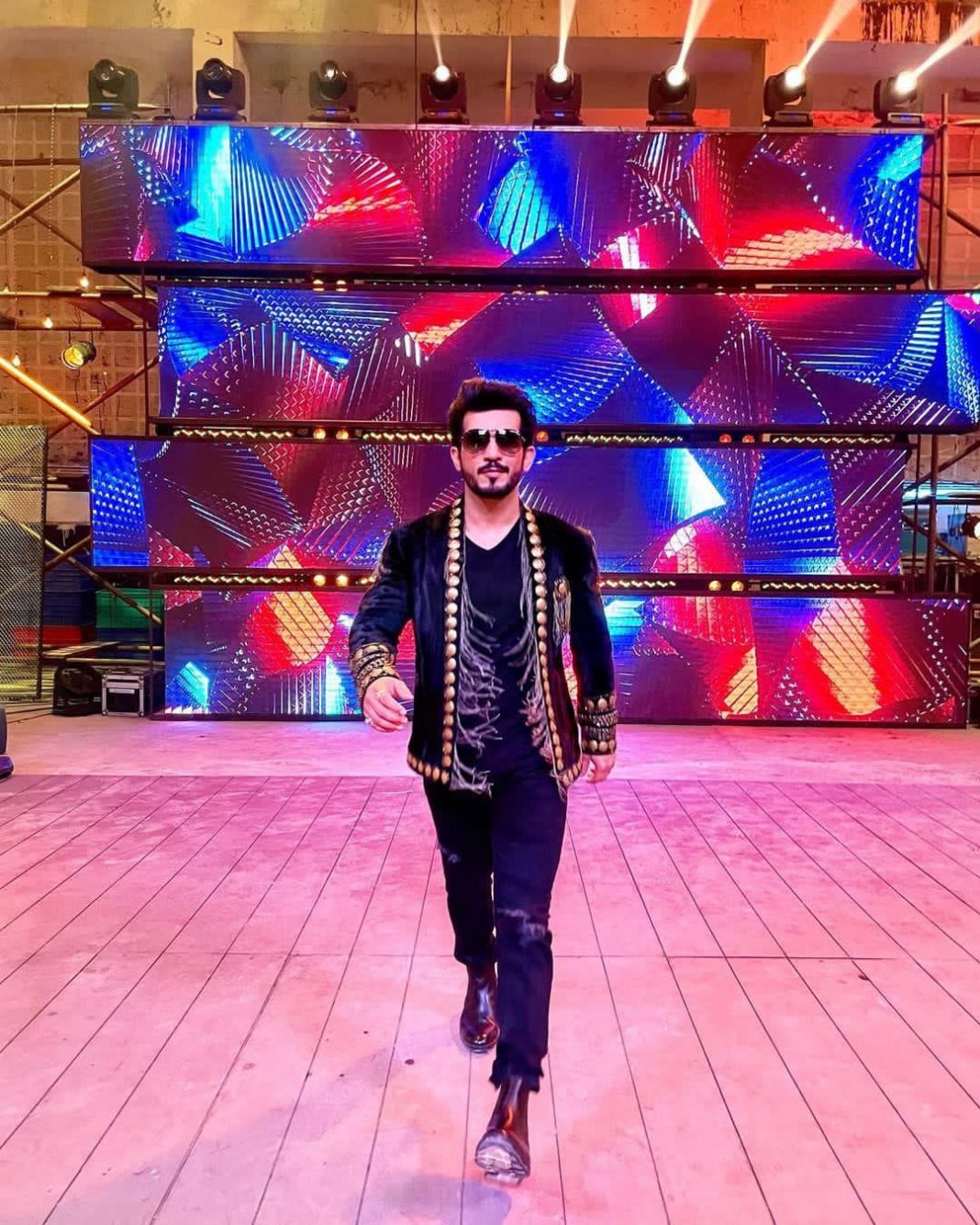 TV actor Arjun Bijlani has won the title of Khatron Ke Khiladi by defeating Divyanka Tripathi in the finale of the show. The finale of this famous reality show was shot in Mumbai on Tuesday, during which all the contestants like Divyanka Tripathi, Vishal Aditya Singh, Shweta Tiwari, Nikki Tamboli had arrived. Vishal Aditya Singh dropped out at number three, after which there was a fight between Divyanka and Arjun.

Well-known TV journalist Salil Arun Kumar has told the fans by tweeting that Arjun Bijlani has become the winner of the show. Arjun Bijlani performed every dangerous stunt of the show with full gusto and has won the crown of being the winner of Khatron Ke Khiladi by conquering every obstacle. He completed every stunt from his heart and impressed the host of the show Rohit Shetty. Top 3 Divyanka Tripathi and Vishal Aditya Singh arrived with Arjun Bijlani. After which Vishal was first out in the task and then in the final match, Arjun defeated Divyanka.

She has shared the picture of ‘Khatron Ke Khiladi 11’ trophy on social media, on which Arjun Bijlani’s name is written. Along with this, the actor’s wife has also written a cute post.

Neha Swamy shared a picture with Arjun Bijlani on her Instagram account and wrote, ‘I am very proud of you my dear. I know what you’ve done. You really deserve all the happiness in the world.’

Neha Swamy threw a party at home after her husband won, whose pictures and videos she also shared on Insta Story.

The grand finale of ‘Khatron Ke Khiladi 11’ will be telecast on Colors channel on September 25 and 26 at 9:30 pm. There are top-5 contestants in the finale for the trophy, which includes the names of Arjun Bijlani, Divyanka Tripathi, Rahul Vaidya, Vishal Aditya Singh and Shweta Tiwari. According to reports, 2 of these contestants will be evicted before the finale.