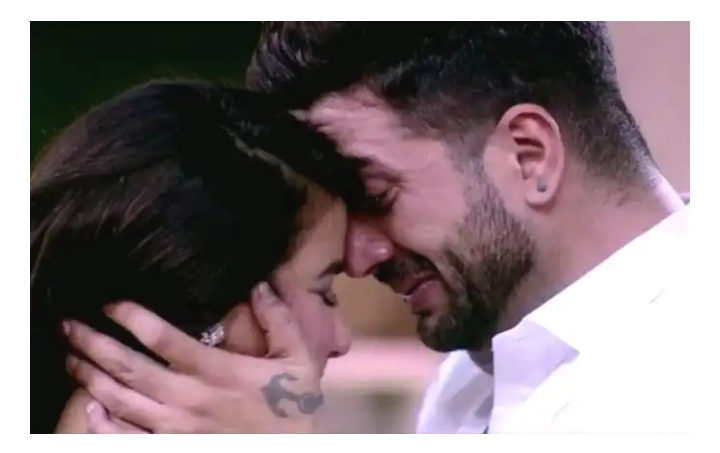 Jasmin Bhasin who have got evicted from Bigg Boss 14 left fans heartbroken shocked. Superstar host Salman Khan was also in tears. What moved everyone was how Aly Goni broke down on seeing Jasmin Bhasin being evicted.

Upon learning Jasmin’s eviction, Aly Goni had an asthma attack and started crying inconsolably. He kept requesting Salman to let him leave the show with Jasmin. Salman also got emotional and asked Aly to breathe and stay strong.

Jasmin Bhasin is considered as one of the most loved faces on television today, while speaking to Times of India after exit from Big Boss House she mentioned that if things go well, she’s going to tie the knot with Aly this year.

Actors Jasmin Bhasin and Aly Goni have been attracting much limelight in the ongoing season of the controversial reality show Bigg Boss. The duo, who had maintained that they are just good friends, have earlier accepted their relationship on national television and have also been discussing marriage plans.

Jasmin also mentioned that her parents are not against her relationship with Aly and they are happy seeing her with a man who loves her so much.

During the interview, the actress also revealed that she was sad about her eviction and called it ‘shocking’.

She mentioned she will miss Aly as she was used to getting up and seeing him the first thing in the morning. Jasmin also mentioned that after leaving the show, she decided to not go to her home, but instead visited her friends Bharti Singh and Haarsh Limbachiyaa. She mentioned she felt lighter after meeting the couple and enjoyed a hearty meal too, meeting them.

Meanwhile she also thanked her fans and supporter and everyone for making her BB-14 journey beautiful and much easier through instagram. She has now asked them to support Aly and help him win the trophy. 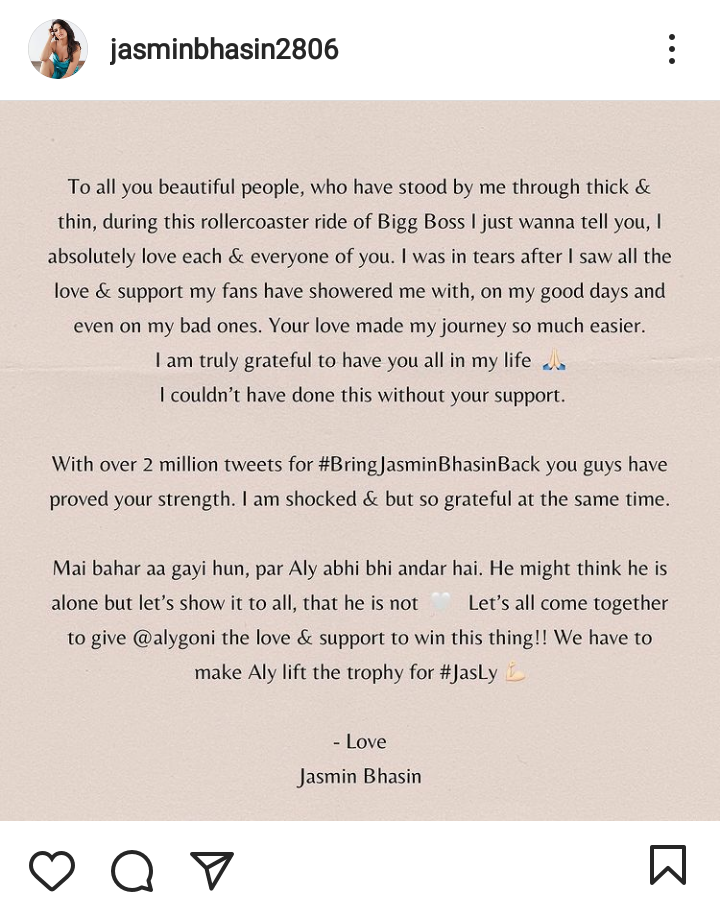