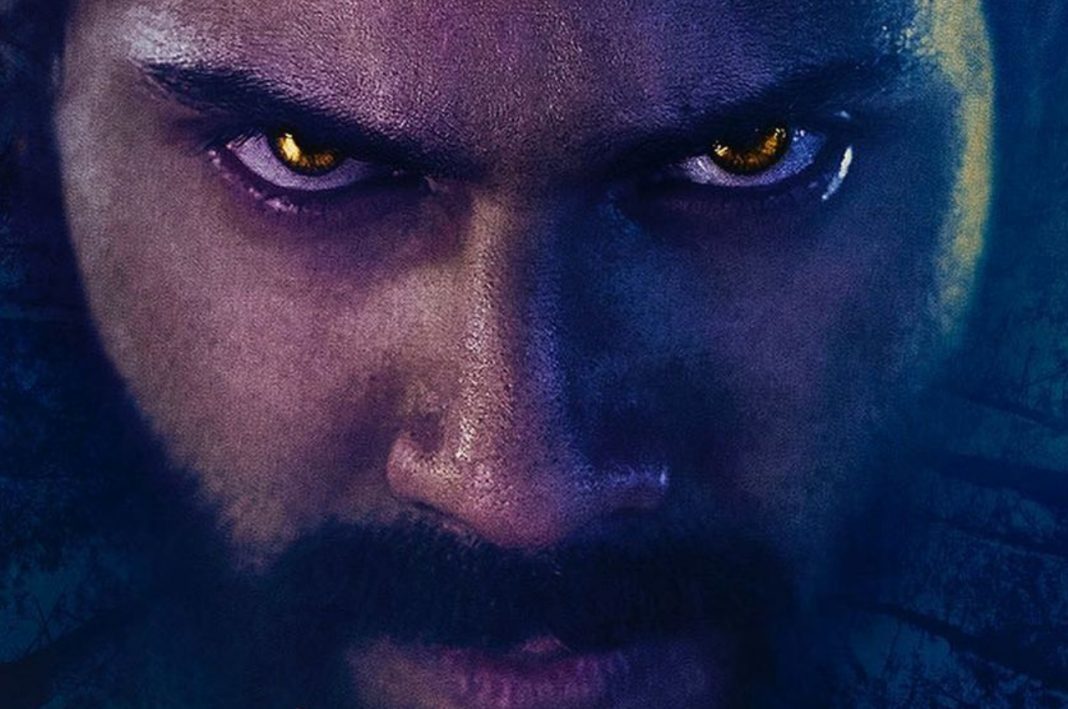 New Delhi: Varun Dhawan’s first look from his upcoming film ‘Bhediya’ was unveiled on Thursday and he looks every inch deadly. Along with the poster, the makers also announced that the comedy-horror movie will hit the big screen on November 25, next year.  The poster shows actor baring an intense gaze as she sported golden-ish eye colour while the backdrop is in midnight blue to give an eerie effect. The film’s title ‘Bhediya’ is written in blood red.

In ‘Bhediya’, the makers are creating a breathtaking world through the magic of visual effects. Achieving something unique does take time, and if sources are to be believed, the team does not want to rush this intricate process.
Featuring Hollywood’s premier effects studio Mr X, the film is touted to boast of exquisite visual effects. The film will bring together the dynamic duo of producer Dinesh Vijan and director Amar Kaushik, who also helmed the 2018 blockbuster movie ‘Stree’.

Talking about his collaboration with Mr X, producer Dinesh Vijan said, “Mr. X has been a pioneer in the industry, having created some of the most spellbinding visual masterpieces of recent movie history. Ever since we conceptualised ‘Bhediya’, we knew our film needed the expertise of Mr. X to weave that epic scale.”
Director Amar Kaushik added, “‘Bhediya’ is a tale filled with awe-inspiring imagery. Each and every member of the cast and crew knew that we were crafting something very special. It’s not just the path-breaking VFX; the film is a feast for the eyes in every aspect possible.”

In the film, Varun will be seen essaying the role of a half-man and half-wolf.
Also starring Abhishek Banerjee and Deepak Dobriyal, the story of the film has been written by National Award Winner, Niren Bhatt, who also wrote intriguing scripts for ‘Bala’, ‘Made In China’, ‘Wrong Side Raju’.

The film marks Varun’s biggest project to date, and will now hit cinemas on November 25, 2022.