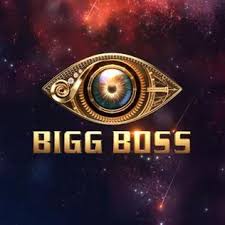 The 14th season of television’s most controversial reality show ‘Bigg Boss’ has started. In the premiere episode, the contestants have entered the house. During this time, the fans are seen quite erratic on social media regarding actress Nikki Tamboli. Nikki Tamboli has also started trending on social media since her entry into the house. Fans began to over-react and iritating Nikki’s antics.

Bigg Boss fans say that Nikki’s cuteness is fake and she is overacting.

Host Salman Khan, who has been holding fort since the past decade now, put on an entertaining show for fans.

Some of the highlights from the first episode –

Eijaz Khan, says that he can relate with Bigg Boss 13 winner Siddharth Shukla a lot. He said, “What I can do to make this season better is to give my best. And that is what I will do. I won’t back down. I will play the game intelligently, with all honesty, and as much kindness as I can, that’s about it. Otherwise, if somebody tries to mess with me, I won’t back down.”

Kumar Sanu’s son, Jaan Sanu said, “This year has given us a lot of practice to survive in the Bigg Boss house and somehow it has helped me.”

He added, “I am getting myself all calm and ready which is contrary to what’s happening in the country. With the pandemic around, I take a lot of precautions to safeguard myself. Staying fit is becoming difficult though because I have to work out from my room. I am not being allowed to step out of my hotel.”

Meanwhile Hina Khan, who is one of the Toofani Seniors, performed on the Bigg Boss 14 premiere episode. She, along with Sidharth Shukla and Gauahar Khan, will be playing an important role in the reality show.

Also, Gauahar Khan will rule the kitchen, Sidharth Shukla and Hina Khan will look after the bedroom and the BB Mall.