Bollywood stars Ayushmann Khurrana and Vaani Kapoor film 'Chandigarh Kare Aashiqui' has come in front of the audience with a completely new story. 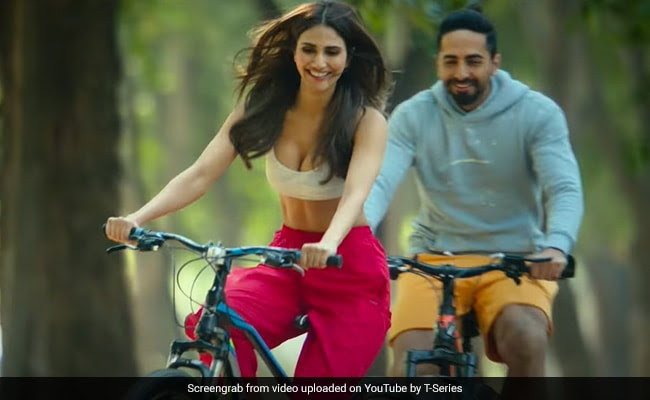 Bollywood stars Ayushmann Khurrana and Vaani Kapoor film ‘Chandigarh Kare Aashiqui’ has come in front of the audience with a completely new story.

Anyway, Ayushmann Khurrana is recognized for doing something new on cinema. Like every time, this time too Ayushmann Khurrana has come up with a new concept, his film ‘Chandigarh Kare Aashiqui’ is full of love, romance and drama. After the release of the film, all eyes are now on the box office collection of the film. The film did business of more than 16 crores in four days. Now the fans are waiting for the fifth day collection of the film.

Also Read – More than 8 lakh deaths due to Covid in the US, most of the patients were not vaccinated

That is, this film has done a business of 18.58 crores till now. ‘Chandigarh Kare Aashiqui’ is being liked in urban areas like Delhi, NCR and Chandigarh and is also getting good support.

The story of the film, Ayushmann Khurrana is seen in the role of Manvinder in this film. Who are preparing for a local bodybuilder championship. Meanwhile, Vaani Kapoor entry takes place. A love romance ensues between the two, but the whole story takes a twist when Manvinder learns that Maanvi is a transgender woman.