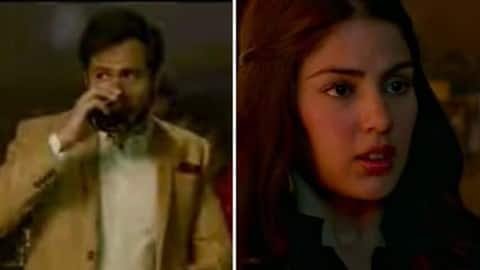 In the trailer of the film Chehre, Amitabh Bachchan and Emraan Hashmi are seen in a never before role. The courtroom is expected to attract a wide audience to the recently released trailer.

A group of lawyers is seen in the trailer, which also stars Big B, Annu Kapoor and Raghubir Yadav. All these together create a court-like atmosphere, where the verdict is to be pronounced. Also, the matter of not getting Nyan is constantly being said in the trailer.

The film has been directed by Rumi Jaffrey. Apart from Amitabh and Imran, the film also stars actors like Annu Kapoor, Kristal D’Souza, Dhritiman Chakraborty, Raghuveer Yadav and Siddhanth Kapoor .