Support Us
More
More
HomeENTERTAINMENTChhichhore to release in China on 7 January
ENTERTAINMENT
December 17, 2021

Chhichhore to release in China on 7 January 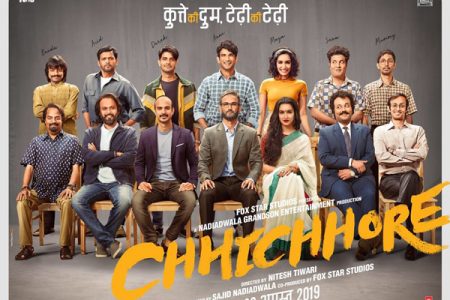 Late actor Sushant Singh Rajput’s last theatrical release Chhichhore is all set to release in China on 7 January, 2022. Directed by Nitesh Tiwari, the movie also won the National Award and became one of the most successful films of 2019.

The movie narrates the tale of a tragic incident which forces Anirudh (Sushant Singh Rajput), a middle-aged man, to take a trip down memory lane and reminisce his college days along with his friends, who were labelled as losers.

The film is produced by Sajid Nadiadwala under Nadiadwala Grandson Entertainment, with Fox Star Studios acquiring the distribution rights.

Also Read: Ahead of polls, PM Modi to meet 40 BJP MPs from UP over breakfast today