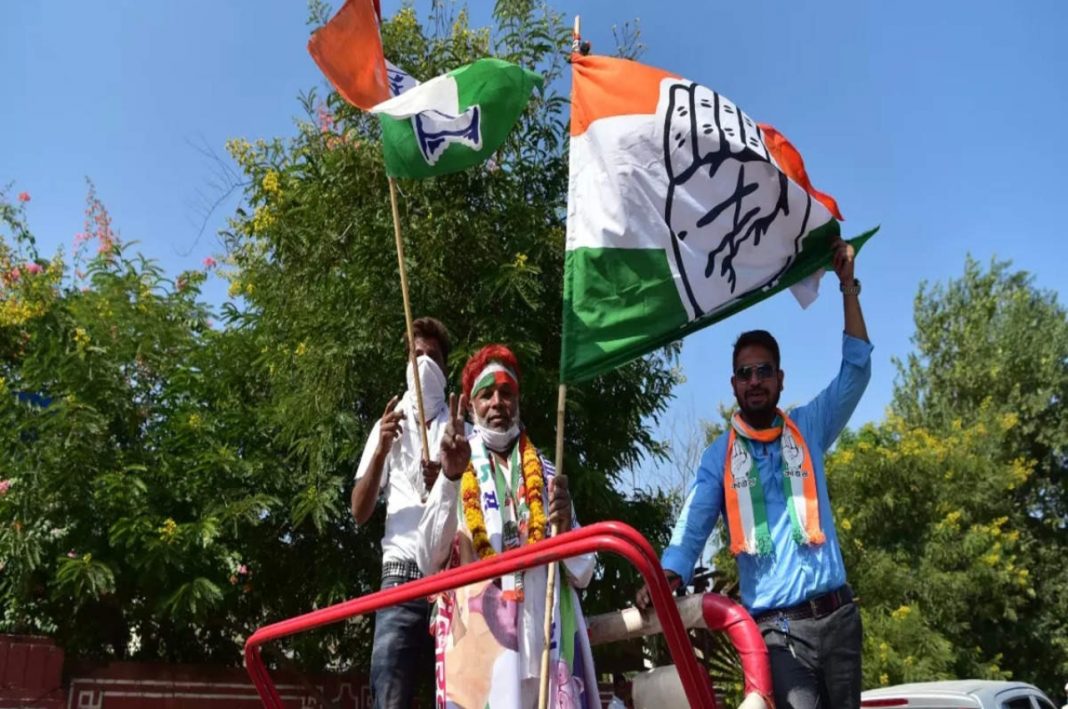 In a major development for Congress amid the outfit’s internal conflict in Rajasthan, the party on Saturday won 670 panchayat Samiti seats to BJP’s 551 in the rural polls held across six districts. Earlier, in 2015, the saffron party had won the major number of seats. Earlier in 2015, the saffron party had emerged victorious. A similar situation appeared in the Zila Parishad elections, with Congress getting 99 and BJP 90 out of the 200 to which polls were held.

The elections have taken place on August 26,29 and September 1 to elect a total of 200 members of six Zila Parishad and 1,564 members of 78 panchayat Samiti in the six districts.

“The Congress party has won the elections with an overwhelming majority. Out of 1,562 wards of panchayat Samiti, 670 Congress candidates were victorious. In Bharatpur, 171 candidates of Congress ideology who contested the election without party symbol were the winners,” he said.