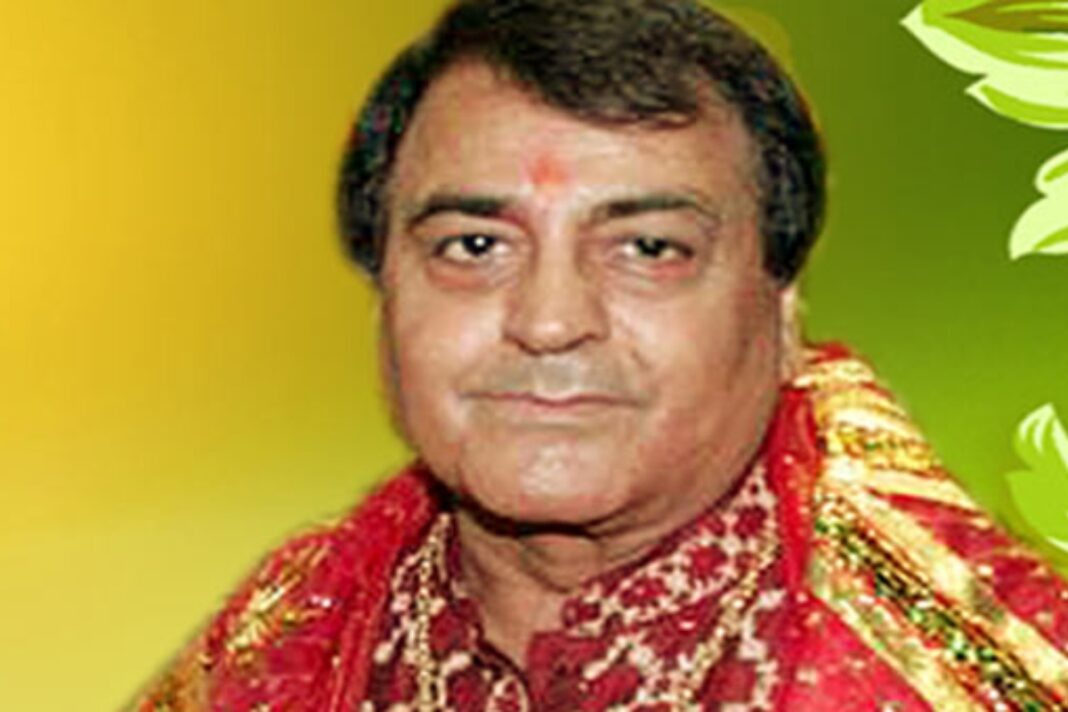 Narendra Chanchal, prominent bhajan singer, died on Friday at Delhi’s Apollo hospital. He was 80. He was admitted to the hospital on November 27 due to his deteriorating health. He is well known for his songs such as award winning Beshak Mandir Masjid todo(Bobby) Chalo Bulawa Aaya hai(Avtaar) and Tu Ne Mujhe Bulaya (Aasha) among others.

Prime Minister Narendra Modi took to Twitter to express grief over the passing away of the legendary singer and wrote, “Extremely saddened to hear the news of Narendra Chanchal ji’s death. He made a mark in the world of devotional songs. My condolences to his family and fans.”

Ministry of culture also took to mourn the his demise and tweeted, “Extremely saddened to learn the unfortunate demise of Veteran singer Narendra Chanchal known for his religious songs and bhajans. Heartfelt condolences to the departed soul & strength to the family members in this hour of bereavement.”

Composer Vishal Dadlani extending his condolences wrote, ” Shri Narendra Chachan ji will be forever remembered through the songs he sang. I doubt anyone will ever walk up to Vaishnodevi without hearing his voice resounding through hills.”

“Saddened to hear demise of singer Narendra Chanchal ji , He will be remembered for his bhajans and some remarkable songs in Hindi films, my heartfelt condolences to his admirers and family,” tweeted filmmaker Madhur Bhandarkar grieving the lost soul.

“Deeply saddened to learn that iconic and most loved #NarendraChanchal ji has left us for the heavenly abode. In prayers for his soul to rest in peace. Heartfelt condolences to his family and legions of fans,” wrote singer Daler Mehndi.

In his illustrious career, Chanchal first sang for several years in films and the released some non-film albums. He has sung bhajans in various languages including Punjabi, Marathi, Gujarati and Bengali.