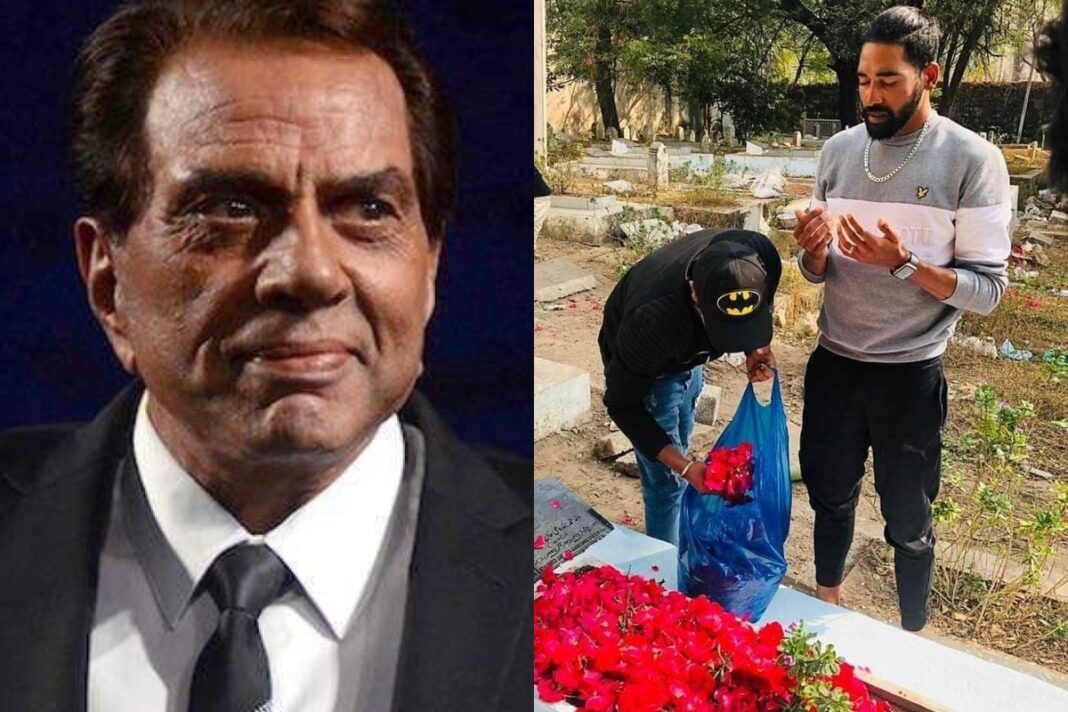 Veteran Bollywood actor Dharmendra has lavished India cricketer Mohammed Siraj with praises for playing against Australia in the recently culminated series. The actor commended the cricketer for putting his best foot forward on the ground despite his irreplaceable loss. Before the series against Australia started, Siraj has lost his father but didn’t return home as he wanted to be there for the team.

Taking to Twitter, Dharmendra shared a picture of Siraj and penned down an emotional message. “Siraj , Brave Heart son of India Love you …Naaz hai tujh par, dil par walid ki maut ka sdma liye tum watan ki Aan ke liye match khelte rahe ..aur ek unhoni jeet watan ke naam darj kar ke lote..Kal tujhe apne walid ki qabbr par dekh kar mun bhar aya . jannt naseeb ho unhein (I am so proud of you. You carrying the pain of your father’s death in your heart but played for the glory of the country and registered an unexpected victory before you came back. It made my heart heavy to see you at your father’s grave yesterday. May he be welcomed into heaven),” Dharmendra wrote in his letter.

Earlier, talking to ANI, Siraj had credited his family for all his success and added that it was his father’s dream for him to play in Australia.

“I played in Ranji, India A and IPL that helped me to play for India. My family gave me confidence which motived me. Mom used to say to stay back in Australia and fulfil dad’s dream. I think my career has just begun. I don’t want to relax now. I want to improve my performance,” Siraj told ANI.