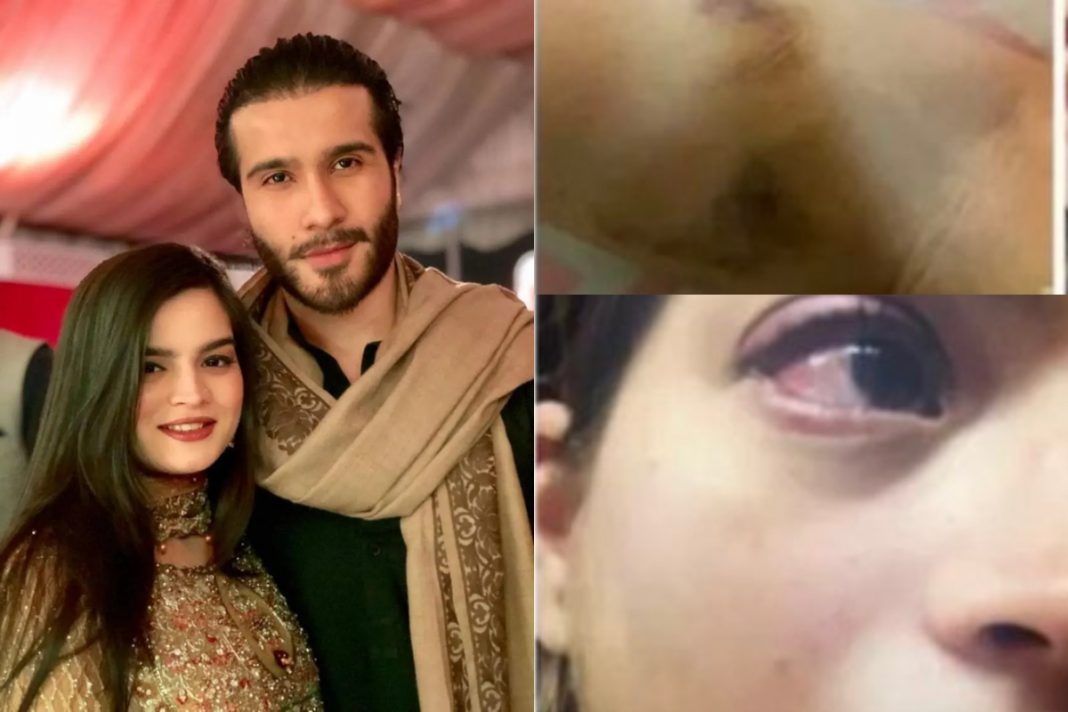 Feroze Khan divorce: Pakistani actor announced his separation from wife Alizeh Sultan earlier this month. The former couple, who have two children together, are now legally divorced. Following divorce, Aliza Sultan, in a gut-wrenching post, opened up about sexual and mental abuse at the hands of the ‘Khuda and Mohabbat’ star.

As Feroze Khan and Alizeh Sultan deal with legal proceedings of their divorce, many shocking revelations related to their short-lived marriage have come to the fore. Now, Aliza’s pictures from the court hearing have gone viral on social media. In the evidence presented by the mother-of-two before the court, she has severe bruises and marks on the hands and face.

The court also allowed Feroze to meet his kids twice a week but on certain conditions of submitting his passport to the court. The Habs actor confirmed his divorce with wife Alizeh Sultan on September 22. After months of speculations, the actor posted a statement on social media saying the divorce was finalised by a family court.

Alizeh, meanwhile, in her note, claimed suffering infidelity, physical harassment and mental abuse, during her four-year-long chaotic marriage. “The welfare and wellbeing of my children have played a significant role in this decision. I do not want them to grow up in a toxic, unhealthy and violent household. I am afraid that their mental development and approach to life would be negatively impacted by exposure to a such hostile environment,” she wrote.

After the pictures of Aliza Sultan were leaked earlier today, netizens are in shock. Many have taken a dig at actor, calling for his ban from the showbiz. A section of Twitter user also went on to say that the actor has a ‘fake personality’ as he preaches about God but doesn’t really follow his path.

“Feroze Khan better not keep getting work. Y’all need to pull the TV plugs out of the socket when your moms try to watch his soaps,” wrote one user.

Another user mentioned, “can we PLEASE boycott feroze khan and all his upcoming projects? this man does not deserve to be glorified for anything he does. nor should he get custody of his kids. i pray the children are okay, it must’ve been a nightmare to witness/hear their father doing this.”

“People who support Feroze Khan are either abusers or enablers. They will be enabling and promoting him no matter how many proofs presented. These are the people that don’t support abused women until the woman abused dies. Shame on these people who support this clown,” wrote another internet user.

“Wonder If Ushna Shah has anything to say about Feroze Khan now. Usually she is very vocal about issues except when a co-star of her’s is concerned. Then it’s suddenly “a private matter”,” another person mentioned.

Feroze Khan is a big name in Pakistani showbiz. Recipient of numerous accolades, the actor is known for his performance in dramas like Khaani, Khuda Aur Mohabbat, and Ishqiya among others. Currently, the actor is featuring in Habs opposite Ushna Shah.